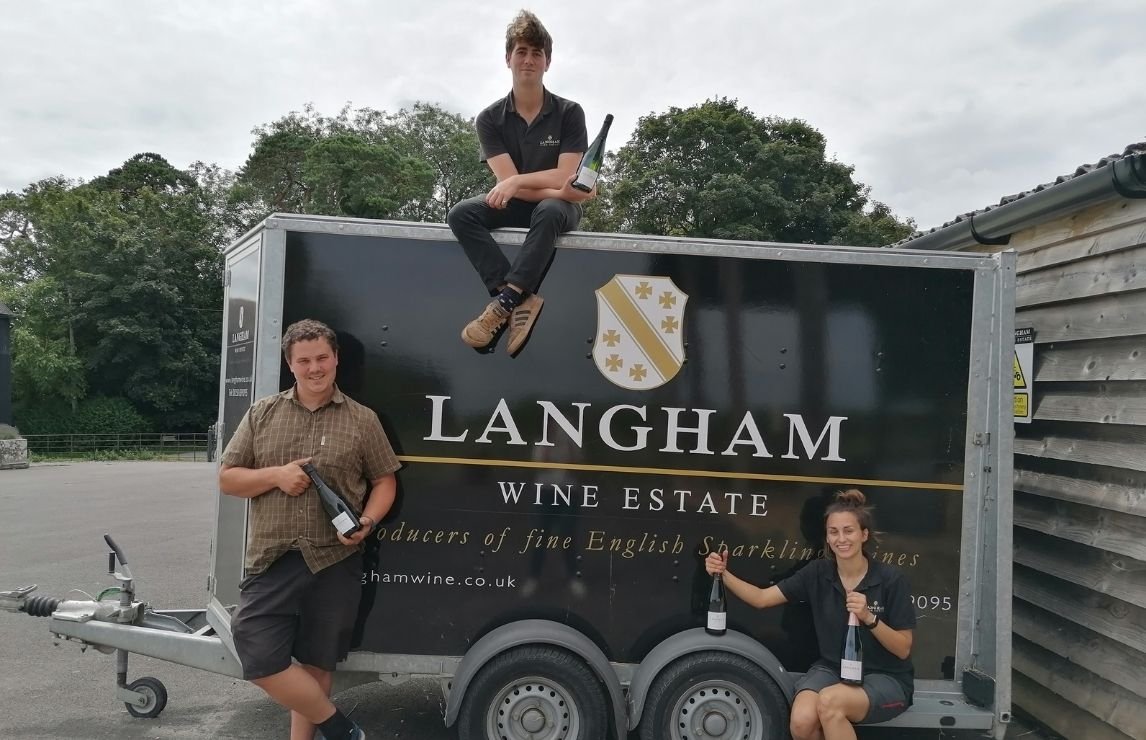 ^ The team from Langham Wine Estate, winners of IWSC Sparkling Wine Producer of the year

When English sparkling wines first beat the heavyweights of Champagne in blind tastings, the media coverage was extraordinary. There seemed to be a sense of disbelief that fizz made in Blighty could be better than the cuvées created by the Champenois with their illustrious history and centuries of winemaking knowledge.

But now, this sort of story is nothing new, which is testament to the quality of English sparkling wine. We expect these wines to rival – and outperform – the best in the world, and they now do so on a regular basis. At this year’s IWSC, that trend is continuing, with Dorset’s Langham Wine Estate taking the Sparkling Wine Producer Trophy.

Langham began life as a ‘hobby vineyard’, says head winemaker Tommy Grimshaw, but in 2009, Justin Langham took his father John’s site to the next level, and used consultants to advise on the ideal spot to plant the traditional Champagne varieties of Chardonnay, Pinot Noir and Pinot Meunier. Since then, the winery has grown and now boasts a tasting room and café, with a strong focus on making the site a destination attraction. 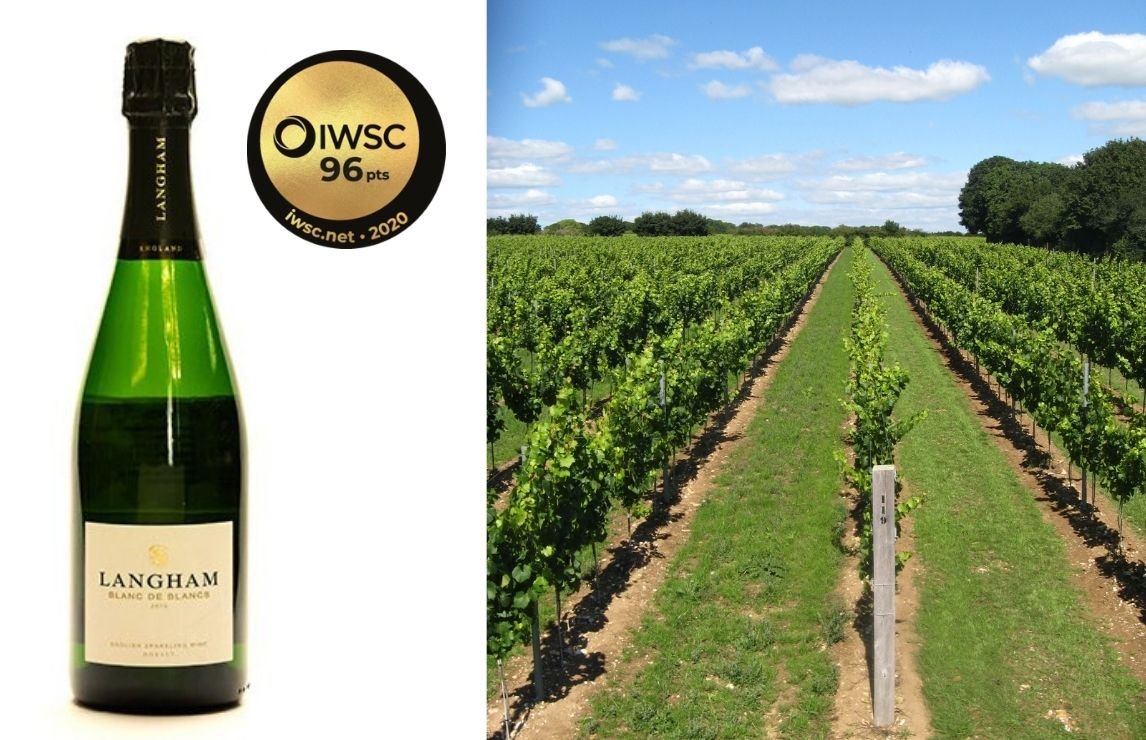 ^ Langham Wine Estate's Blanc de Blancs 2015 wowed the judges at the 2020 IWSC, and its vineyards (right) are set in the beautiful Dorset countryside

In this year’s IWSC, Langham won five medals, including a Gold for its Blanc de Blancs Brut 2015, which scored an impressive 96/100pts and won praise from judges for its ‘creamy brioche nose and charming palate of apricots and citrus’.

However, the medal that pleased Grimshaw the most was the Rosé Brut NV: ‘It scored 90 points and was our lowest-scoring wine, but if we can achieve 90 points for what the judges regarded was our least-good wine, I think this is a good result!’

Grimshaw is one to watch. One of the youngest viticulturalists in the UK, he started working at Sharpham Vineyard in Devon while still studying for his A-levels. Rather than resit his exams, he decided to stay in wine and joined Langham as assistant winemaker in 2019. 2020 was the first vintage where he was in charge, and he says that in an industry ‘dominated by middle-aged men’, he’s encouraged by the number of young men and women getting involved in the English wine business.

Because it is still a new industry, English sparkling wine will always be compared with other sparkling wines from around the world, but Grimshaw says that people need to be careful when making direct comparisons, particularly with Champagne: ‘Without doubt, there are clear similarities in the products but English wines tend to be much more fruit forward and fresh. However, this is a huge generalisation that suggests that all Champagnes have the same profiles and all English wines have the same profiles, when this is not the case.’

What’s next for Langham Wine Estate? Well, the first half of 2021 will see a host of new wines, and Grimshaw says they are ‘every bit as good as the wines that propelled us to the Sparkling Wine Producer Trophy’ – not bad for a winery that started off life as a hobby.