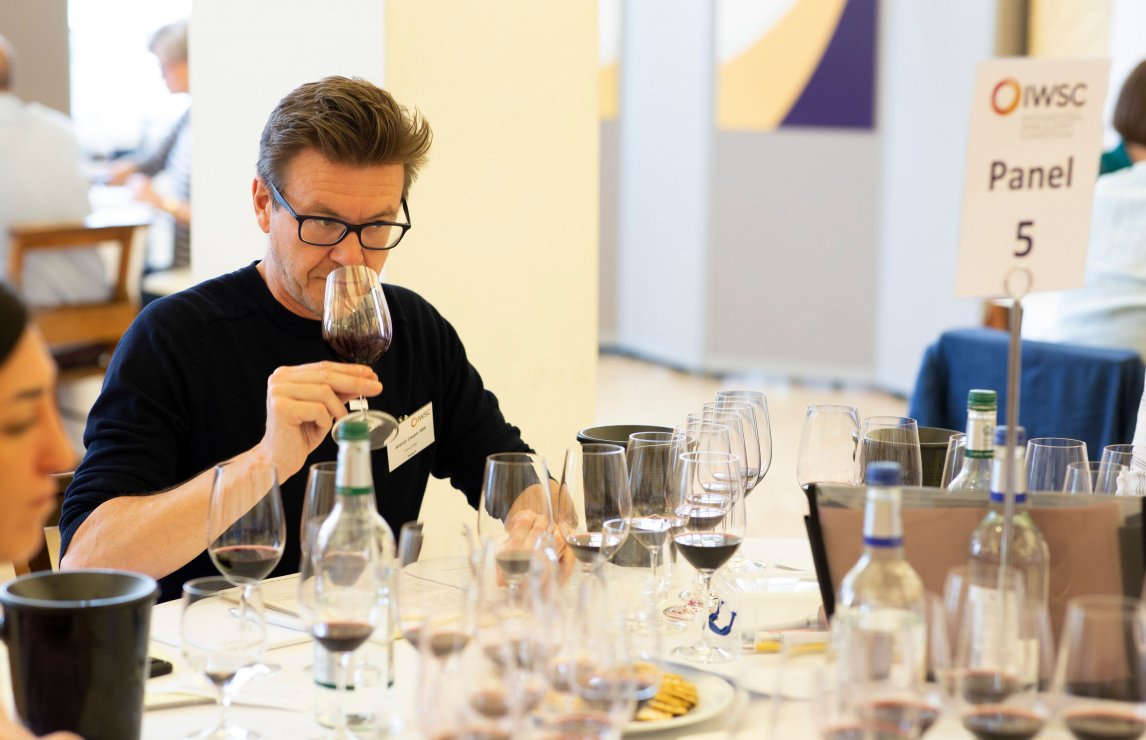 And that’s a wrap – well, almost. The second tranche of IWSC judging took place in central London’s Chinatown during the last week of September. Tasters sampled the wares of the 2020 Southern Hemisphere entries, culminating in the trophy judging at the end of an enlightening week. All that remains is the big reveal of the 2020 trophy winners in a week’s time, on Monday 12 October.

As I reported after August’s Northern Hemisphere tasting, it has been a challenging year for us all in so many ways. So once again I must give huge kudos to the IWSC team. When logistics are so well executed, it allows the judges to really focus on the task in hand, ensuring a rigorous, fair and ultimately enjoyable judging process.

On the subject of the judges, here too, we were well equipped. As Wine Judging Committee member Dirceu Vianna Junior MW comments, ‘The standard of judges invited to participate in this competition is very high and it’s a privilege to taste, learn and share knowledge with such an excellent group of professionals. Judges are strict but fair and consumers can be certain that stickers on the bottle reflect the ambition, effort and results that each producer has been able to achieve.’

Among the highlights, Australia and New Zealand put in a notably strong and solid performance. As Alex Hunt MW observed, ‘The sheer number of good wines coming out of Australia and New Zealand mean these countries remain a safe hunting ground. But it's worth seeking out the exceptional examples, for their extra degree of excitement, complexity and distinct regional expression.’

Of particular note was the extraordinary performance of Australian fortified wines. These oft overlooked wines offer haunting complexity and balance, which was particularly evident in wines such as Morris of Rutherglen’s Cellar Reserve Gran Muscat and Stanton & Killen’s Gran Muscat. Shiraz and Chardonnay also impressed but less so in Margaret River, whose Chardonnays in particular seemed a little off colour this year.

New Zealand’s solid performance had fewer highs than Australia, but consistency was clearly evident. The pungent, supremely expressive Sauvignon Blanc typically associated with Marlborough seems to be giving way to a subtle, poised and perhaps more elegant style – guided by two superb recent vintages in 2019 and 2020.

Chile and Argentina’s offerings were somewhat more mixed this year, with only four gold medals between them. Vianna commented: ‘Chile failed to shine for me. We know that the country is producing exciting wines but I fear many of these producers did not send their wines to be assessed. As a result, many will remain undiscovered, which is a shame for consumers.’ 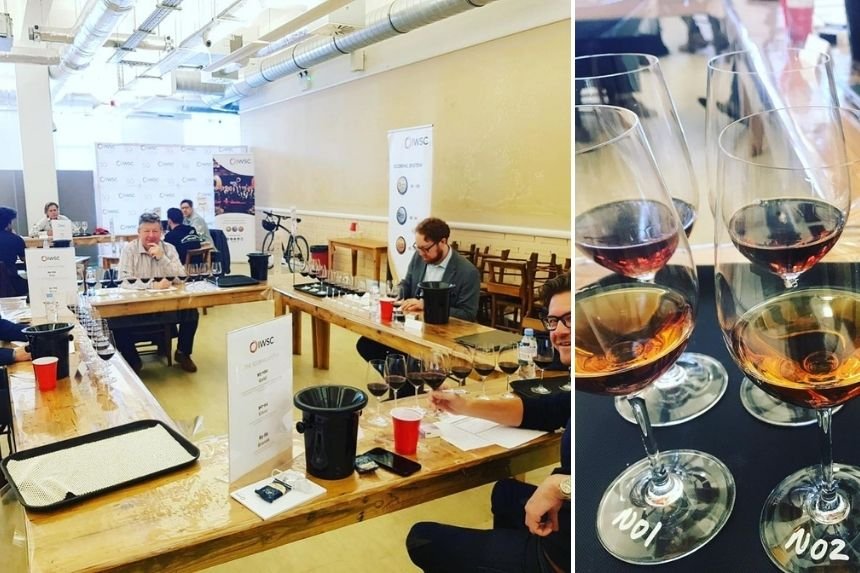 Left: Roger Jones, Alex Hunt MW and Alistair Cooper MW at the IWSC 2020 judging.
Right: A flight of fortified wines, a category in which Australia excelled.

What was pleasing, however, was the diversity of varieties and styles among Chile’s medal winners. Carmenère and Carmenère-based blends finally seem to be finding their feet, and I vividly recall one particular flight that was extremely impressive. Now able to match up my notes with the wines, I see that Viña La Rosa excelled with its 2012 Ossa blend from Peumo, marrying Carmenère and Cabernet beautifully, with a helping hand from Syrah and Merlot.

Special mention too to the two silver medals awarded to Bolivia: an expressive 2019 Tannat from Campos de Solana and a Cabernet Sauvignon from the same vintage from Bodegas y Viñedos de La Concepción – both from Tarija.

South Africa continues to impress, as it has done over the past decade. The once frequent whiff of unclean wines now seems but a distant whisper – instead there are so many wonderful wines to shout about. I am increasingly impressed by Stellenbosch and the fantastic and diverse styles of Cabernet Sauvignon it yields, not least the stellar Bartinney 2015 Banghoek Cabernet. The Western Cape and its many sub regions slso performed very well – none more so than the Missionvale 2018 Chardonnay from Bouchard Finlayson which gained 97 points and wowed the judges with equal measures of power and elegance.

Tasted alongside the Southern Hemisphere wines were offerings from Asia, where the star of this year’s show came from Japan, in the form of Koshu, which is now beginning to express its stylistic nuances with flair and precision. An impressive silver strike rate was headed by the Grande Polaire Dry Koshu 2019 from Sapporo.

All that is left is to await the IWSC 2020 Trophy Winners, the identity of which even the judges don’t yet know. Having been lucky enough to take part in the judging for these, however, I’m keen and intrigued to see the results. In the meantime, congratulations to all the medal winners, and all of those involved in this year’s IWSC. I look forward to seeing the medal winning wines on the shelves, helping to guide consumers towards more fantastic, award-winning wines.

The trophy results will be published here on Monday 12 October.