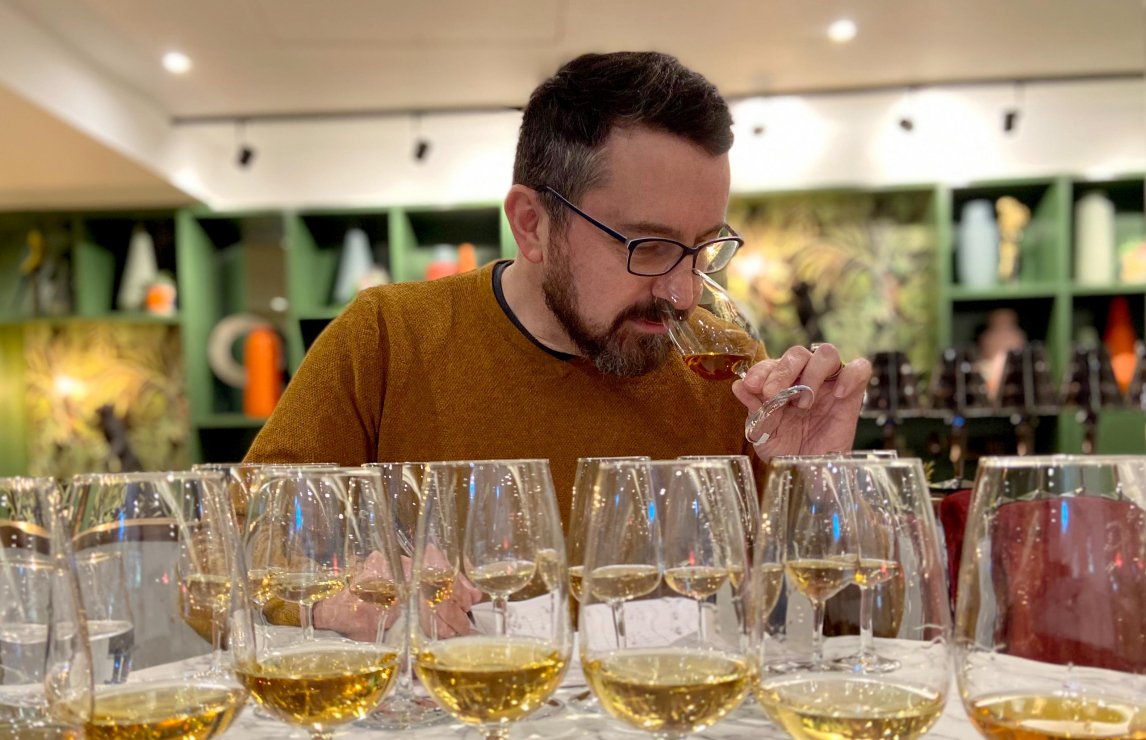 Matt Chambers launched Whisky For Everyone in 2008 after struggling to find a whisky website that catered to a beginner audience. With readers from across the world, the site covers the basics of whisky – how it’s made, how to taste whisky, and even correct Scottish pronunciation – alongside regular news and reviews, extensive listings of whisky regions and distilleries, and more.

Chambers also hosts regular tasting events, writes for various publications including Whisky Quarterly and Huffington Post, and has been a selected regular on the judging panels of major whisky and spirit competitions such as the IWSC, Scotch Whisky Masters and Spirit of Speyside Awards.

I was born in Kettering and grew up in other parts of Northamptonshire. I have lived in London for over 20 years.

I’ve never had any formal training, outside of a WSET Intermediate level years and years ago. Everything I have learned has been through people in the spirits industry that I have been fortunate to either work with or be influenced by. Much of my learning and training has been self-driven through writing, researching and tasting.

That’s a difficult one as many have influenced me in different ways over the years, and continue to do so. The first was Colin Dunn, the Scotch whisky ambassador for Diageo. Very early on in my whisky blogging I attended a tasting with him and the enthusiastic and fun way that he brought whisky to life really stuck with me. He has since become a close friend and something of a mentor. When I became a brand ambassador myself I looked at how Colin interacts with the crowd and the ways that he conveys the information, then adapted it to my own style.

It was a little by accident really. Two events kicked things off – a holiday to the Highlands of Scotland and a random invite to an event. During the holiday we felt we had to do ‘something traditionally Scottish’ and therefore visited a distillery. Something about the place fascinated and gripped me. Then shortly afterwards I was invited to a fashion launch. In the corner was a guy doing basic whisky tasting and I remember spending most of the evening talking to him. Again something gripped me about the differences in flavour and what made them different.

What was your greatest challenge and how did you overcomeit?

Challenges come in different shapes and forms. My biggest hurdle was taking the leap into the unknown and starting my own company. Having always worked for someone else, you worry about how you will pay bills, make money and where work will come from. There was also the factor of learning about the laws and regulations surrounding being self-employed. But with a combination of hard graft and being in the right place at the right time I have developed a good group of clients, which include companies as diverse as Brown-Forman, The Whisky Lounge, Mackmyra and Eight Lands. Some of these have seen me continue to thrive even during the coronavirus lockdown.

It depends on your definition of achievement. Growing our Whisky For Everyone blog (which we started in 2008 when we knew little about whisky and blogging was a new thing) from nothing to being one of the most read whisky blogs in the world with a significant following on social media ranks highly. Being regarded as a ‘whisky/spirits expert’ and being asked to work with some great brands gives me great personal pride. I could never have imagined 12 years ago being in the position I find myself in. In terms of physical accolades then it has to be our induction as a members of The Keepers of the Quaich for services to Scotch whisky. This was in 2015 and is one of the highest honours that can be given in the whisky industry. Karen, my wife, and I remain two of the very few bloggers to ever be inducted.

Is there anything that you would do differently?

Hindsight is a wonderful thing. My answer is probably twofold. I would have left my day job sooner to set up my company given how things have panned out. And I probably should have officially studied more to get more industry-recognised qualifications,

What advice do you have for someone joining the spirits industry?

Make sure you are doing it for the right reasons, and follow your heart. Over the years I have seen many come and go, especially in the whisky blogging/ social media world. The quality few have remained, while others have fallen by the wayside in their quest to be famous, get free samples or as many quick website hits as possible.

Following your heart is also important. Talking, selling or writing about something that interests and fascinates you will always give you more satisfaction and come across to those listening or reading your work.

Adapt with the times. This is crucial. We have seen many examples of this over the last 3-4 months during lockdown. Blogs were a new concept in 2008 when we started and some of the social media platforms that we are all so used to now did not exist. But we followed our instincts and adapted, embracing Twitter and Facebook early on, and Instagram and YouTube more recently. The result is a combined total of 23.5k followers across all platforms.

What advice do you have for a producer wanting to get their whisky and/or spirit in front of you?

Above all else, concentrate on the quality of the liquid. That is ultimately what will impress people, whichever demographic you are aiming at. Marketing and packaging are obviously also important, but even the best examples of those can fall down rapidly if the product is not of the same quality.

They go hand in hand. You can’t get anywhere on passion alone, or knowledge alone. That’s not to say it’s impossible, but opportunities will be restricted. Passion requires an interest in and fascination for the subject and supplies a personal drive to improve and do the best you can. Without knowledge you will very quickly lose credibility.