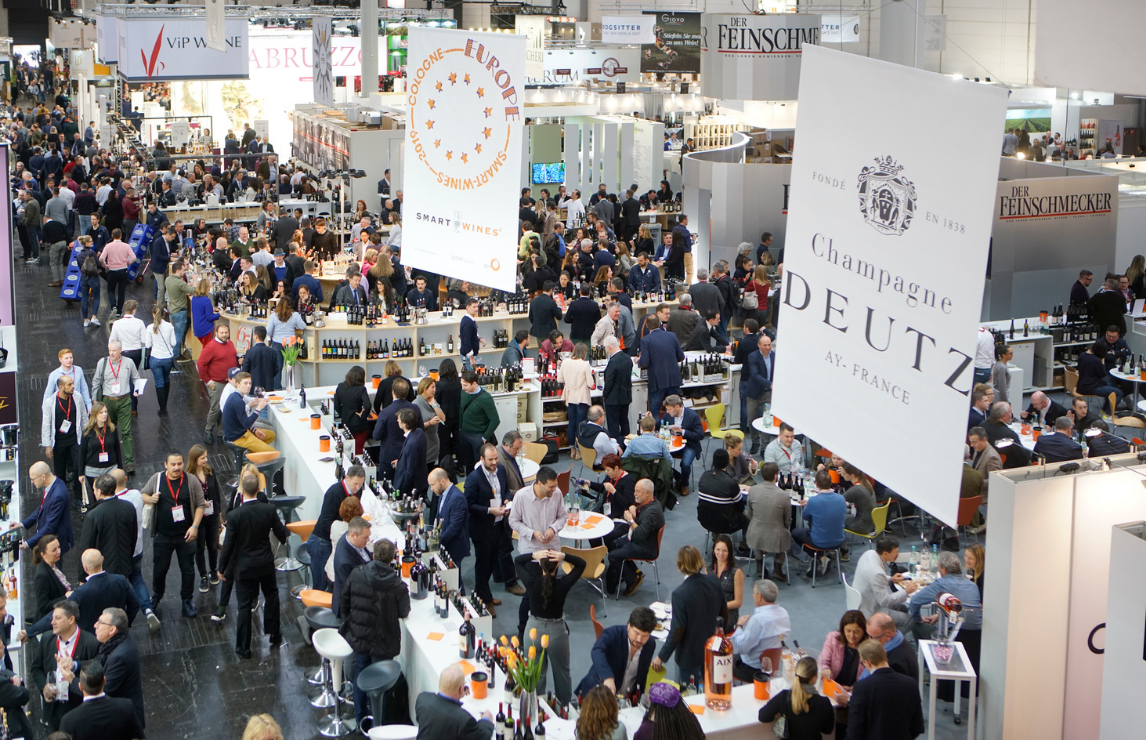 After a three-year hiatus, ProWein – the world’s largest drinks trade show – is back with a bang in May, hosting over 5,500 wine and spirits producers from 60 countries under one roof. Taking place at the Messe Düsseldorf from 15-17 May, the fair’s director, Bastian Mingers, is keen to make up for lost time. “As a show organiser, three years without physical interaction is like being a winemaker and not being able to harvest a great vintage. The 27th edition of ProWein will be better than ever – we’re excited to be back,” he says.

Giving visitors the chance to sip their way around the world, taking in wines from Georgia, Lebanon, Israel, China, Brazil and Mexico, along with all the heavy hitters, the show unites producers with buyers, importers, distributors, retailers, online specialists and wholesalers from around the globe, offering unparalleled networking opportunities and the chance to get new releases into the glasses of key decision makers. This year’s show will boast three new halls with wider aisles, allowing visitors to safely navigate their way around the venue. With Covid restrictions having been lifted in Germany, safety remains a priority. “Our employees will be wearing masks and leading by example. We’ll be recommending for people to wear masks when they walk around the venue, as you would in a restaurant, but it won’t be an obligation” says Mingers.

Italy will be making a big splash at the show in Halls 15 and 16, as the largest exhibiting country at the event, with big names like Zonin, Bisol, Allegrini and Fratelli Martini in attendance, alongside a constellation of smaller estates. French producers are also set to make a noise at the fair, showcasing their wares across 15,000 square metres in Halls 9 to 11. Every major region from the leading wine nations will be represented, with heavyweights like Gérard Bertrand, Château d’Esclans, Bernard Magrez and Boisset pouring their latest vintages. Those beginning their ProWein visit via the north entrance are in for a treat, as the Champagne Lounge in Hall 9 will be their first port of call, where new releases from big name brands including Bollinger, Drappier, Gosset and Deutz will be on pour at the tasting bar.

Attendees seeking a slice of Spanish sunshine can head to Halls 13 and 14 to try new bottlings from local stars like Araex, Muga, Roda and Faustino, while the major New World nations, from Chile and Argentina to South Africa, Australia and New Zealand, will reside in Hall 12, and Hall 11 will showcase spirits. Heading up the south entrance will be homegrown German drops in Halls 1 and 4, where over 800 producers will fly the flag for the host nation. With sustainability leading the wine conversation right now, this year’s show will shine a light on producers pioneering eco-friendly viticulture at Organic World in Hall 5, where organic associations such as Ecovin, Demeter and Biodyvin will be taking a stand. “It’s very important to unite these producers together and give the fast-growing organic wine sector the platform it deserves,” says Mingers. 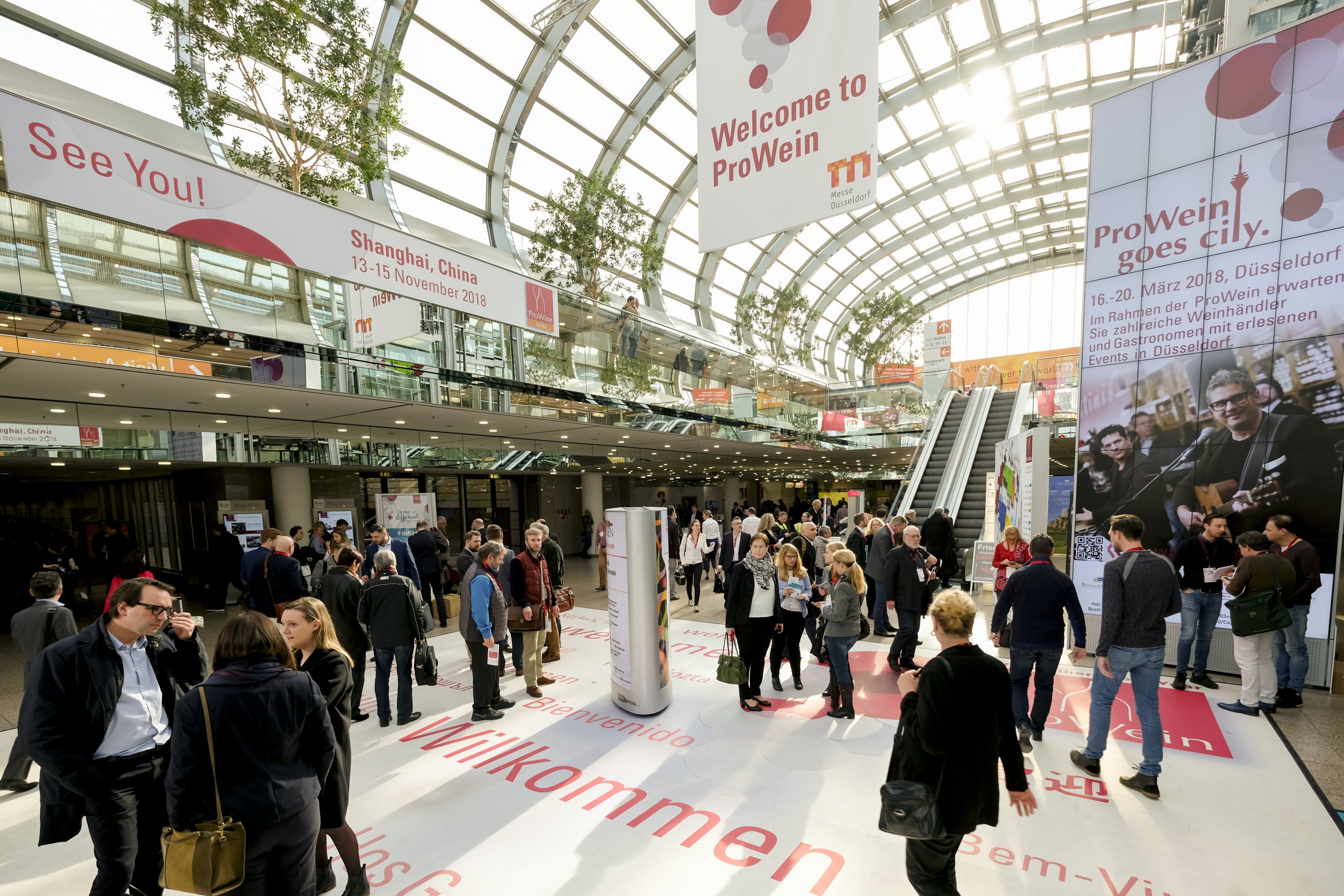 Following a three year absence, May 2022 sees the return of Prowein


Back by popular demand this year will be the Same But Different fair within a fair in Hall 7, showcasing a cherry picked selection of craft beer, cider and spirits producers offering quirky, out-of-the-box drops for buyers seeking something small scale with an interesting story to tell. “Same But Different is bigger than ever this year. It’s a great place for retailers to seek out something special for their shelves, as it’s full of exciting upcoming brands,” says Mingers. The space will also showcase the latest Nolo drinks brands hoping to win a spot on back bars the world over. Hospitality workers should head to the Urban Gastronomy Lounge in Hall 4, where sommelier-turned-social media star, Tony Askitis, will be hosting a series of workshops aimed at on-trade professionals at all stages of their careers. Also new for 2022 is ProWein Goes City; an event programme of wine tastings and masterclasses taking place at restaurants and bars throughout Dusseldorf in collaboration with some of ProWein’s exhibiting producers.

Keeping on top of trends, the fair will feature talks on everything from adapting to climate change to the rise of hybrid drinks, led by ProWein’s trend scouts, Paula Redes Sidore and Stuart Pigott. As for its masterclass programme, among the sessions in play will be deep dives into Rioja’s terroir diversity; the versatility of Loire Cabernet Franc; Hungary’s bounty of native grape varieties; the intricacies of Cartizze Prosecco, and which foods pair best with sake.

While the pandemic has ushered in a new era of Zoom meetings and digital events, Mingers believes shows like ProWein are more vital than ever in providing the trade with the chance to connect face to face. “Wine is a multi-sensory product – to enjoy it you have to see it, taste it and smell it, which can’t be done online. The drinks industry is very social and people want to see each other again in person; they’re craving that interaction,” he says. With day tickets costing €50 and three-day season tickets priced at €80, advanced online bookings are encouraged. It’s worth downloading the ProWein app, featuring an exhibitor search function and an interactive hall plan, to make the most of your visit. Tickets can be bought here.


The IWSC will be attending this year's Prowein. Visit us on stand E02 in Hall 9.