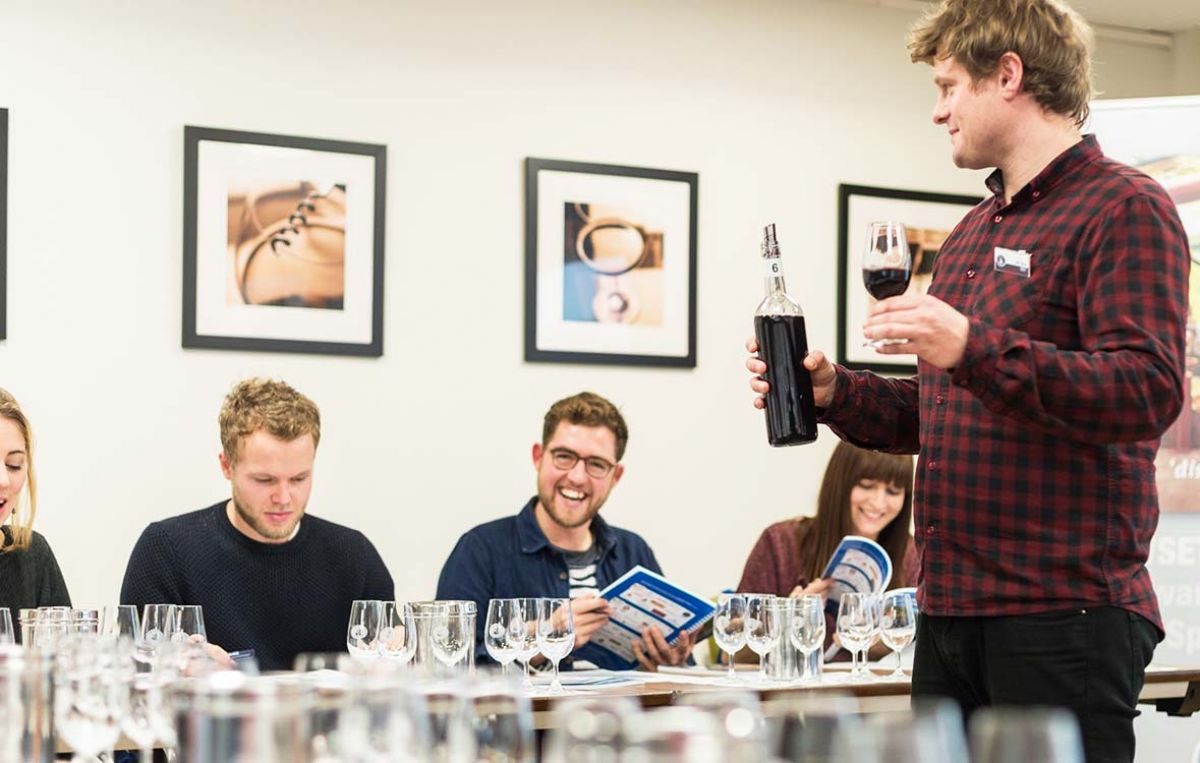 As it gears up for its 50th year, the IWSC will be looking to the future as well as celebrating the last five decades, with a variety of awards and opportunities designed to nurture the bright, emerging talent of the industry.

Along with the IWSC, the Wine and Spirit Education Trust (WSET) will also be turning 50 years old next year – both were established in 1969 – and to mark the milestone, the two organisations have joined forces with a prestigious prize.

The International Wine & Spirit Competition Prize focuses on the importance of international markets. The winner, selected from WSET’s graduating Diploma class for their outstanding results, will be awarded a bursary to take an educational wine or spirits trip of their choosing, supported by the IWSC. They are then tasked with writing a report on the trip.

The winner of the 2018 prize is James Matthias (pictured), Head of Sales at IWSC sister company Fine & Rare Wines, which provides a platform to buy, sell, and store some of the world’s finest and rarest wines and spirits.

“To say I was surprised to win the award would be an understatement. It’s not something I expected at all”, said Matthias.

“It’s an exciting opportunity for me to be able to do something I may not otherwise have done”.

He plans to use the money to travel to Scotland: “Despite working with fine wine all day long, I have a keen interest in single malt and am looking forward to learning more about the region”, he said.

“It ties in with work also, as we do sell whisky, so this should be a great chance to combine the two: learning about something I love and hopefully helping me when trying to sell it – what could be better?

“The report will certainly give me a firmer understanding of the industry in general, and a nice focus for the time out there”.

The Associate Judging Programme: Tasting wines from around the world

Supporting the development of young people in the industry is nothing new for the IWSC, with its associate judging programme commemorating ten years of running this year. 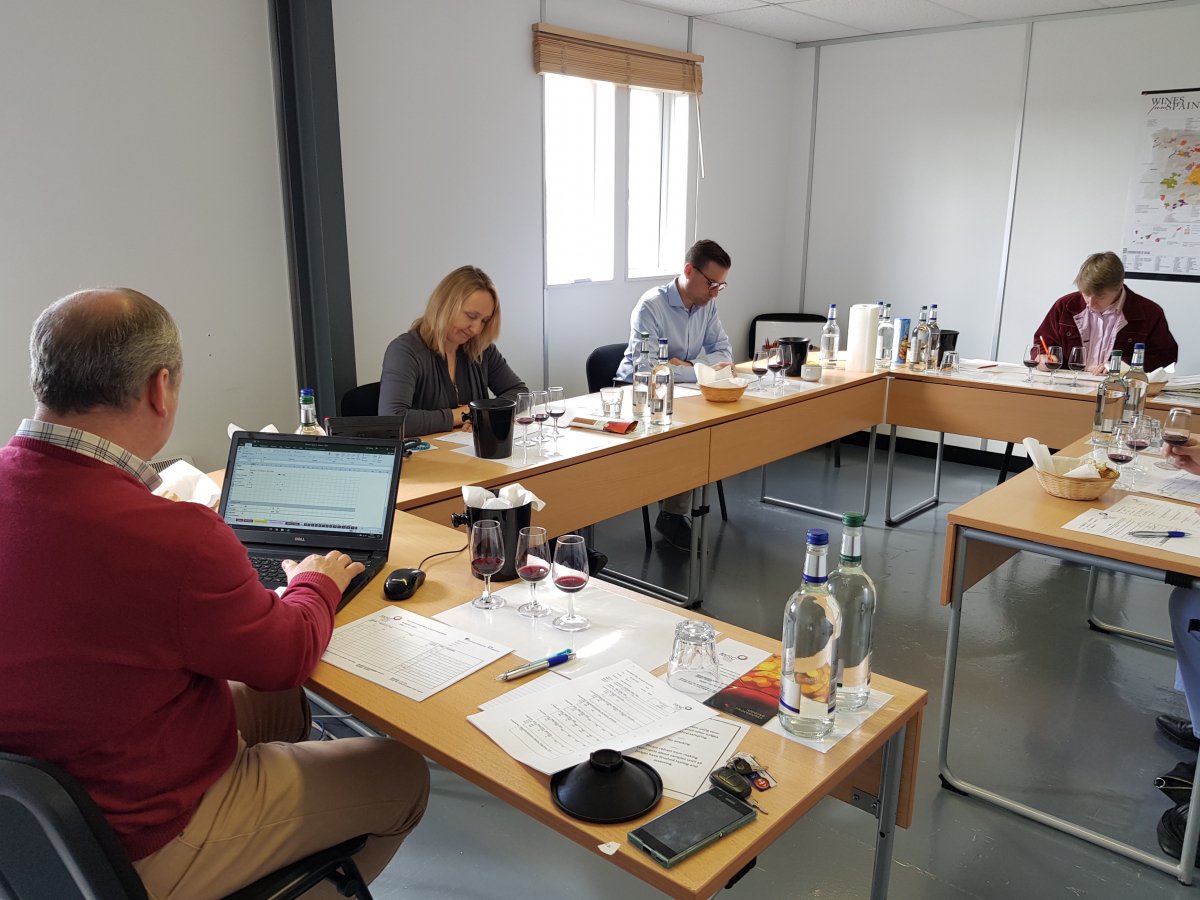 Established in 2008, the programme offers students studying for their WSET Diploma the opportunity to taste wines and spirits from around the world alongside some of the most knowledgeable people in the industry – the IWSC judges. The initiative gives students the opportunity to taste the broadest possible range of products free of charge, and enables the IWSC meanwhile to develop the next generation of judges.

While in past years the associate judging programme has particularly focused on wine judging, in 2018 it will be rolled out to take an equally strong focus on spirits, following the explosion in popularity of gin and other spirits in recent months.

Independent drinks writer Cherry Constable (pictured) first joined the programme in 2015, and has since judged for the IWSC on wines, fortified wines and spirits.

“The IWSC’s associate judging programme is a fantastic way to gain vital experience and develop your judging techniques”, she said.

“The initiative is incredibly well organised and established to encourage the judges’ growth. By participating in genuine judging panels (opposed to simulated scenarios), the associate judges learn an incredible amount from their peers, both in regard to the wines and spirits and different judging methods. The chair judges have always fully embraced the associate programme and made an effort to include the associate judges in all discussions.” 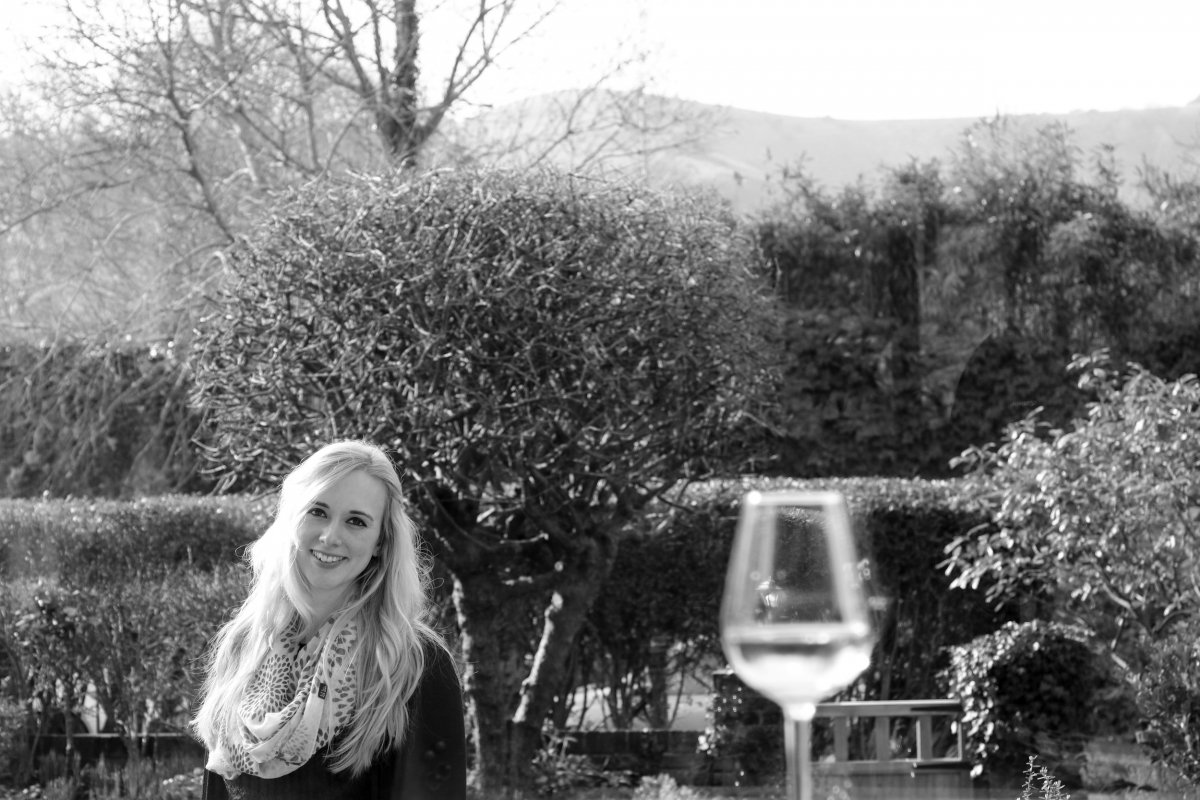 In her time judging for the IWSC, Constable was also selected as the IWSC Associate Judge of the Year 2017, an award which recognises outstanding talent of up-and-coming judges.

Praised for her tasting ability and breadth of knowledge, Constable said: “Being awarded the IWSC’s Associate Judge of the Year was one of the proudest moments in my career. The IWSC is renowned across the world for its quality, integrity and rigorous approach to judging – to be recognised by such an organisation feels amazing.

“I love the camaraderie of the IWSC team and the other judges. Every day spent judging is a joy and you meet so many wonderful people, many of whom have become firm friends.”

The Institute of Masters of Wine: Discovering unusual wines

The IWSC will also be working closely with the Institute of Masters of Wine (IMW) in the coming months to continue fostering new talent. The competition will open up its extensive custom-built cellar in Dunsfold Park, Guildford, where entries from over 90 countries are stored, giving students the opportunity to pursue their studies by discovering an extremely wide range of unusual wines that would not otherwise be readily available. 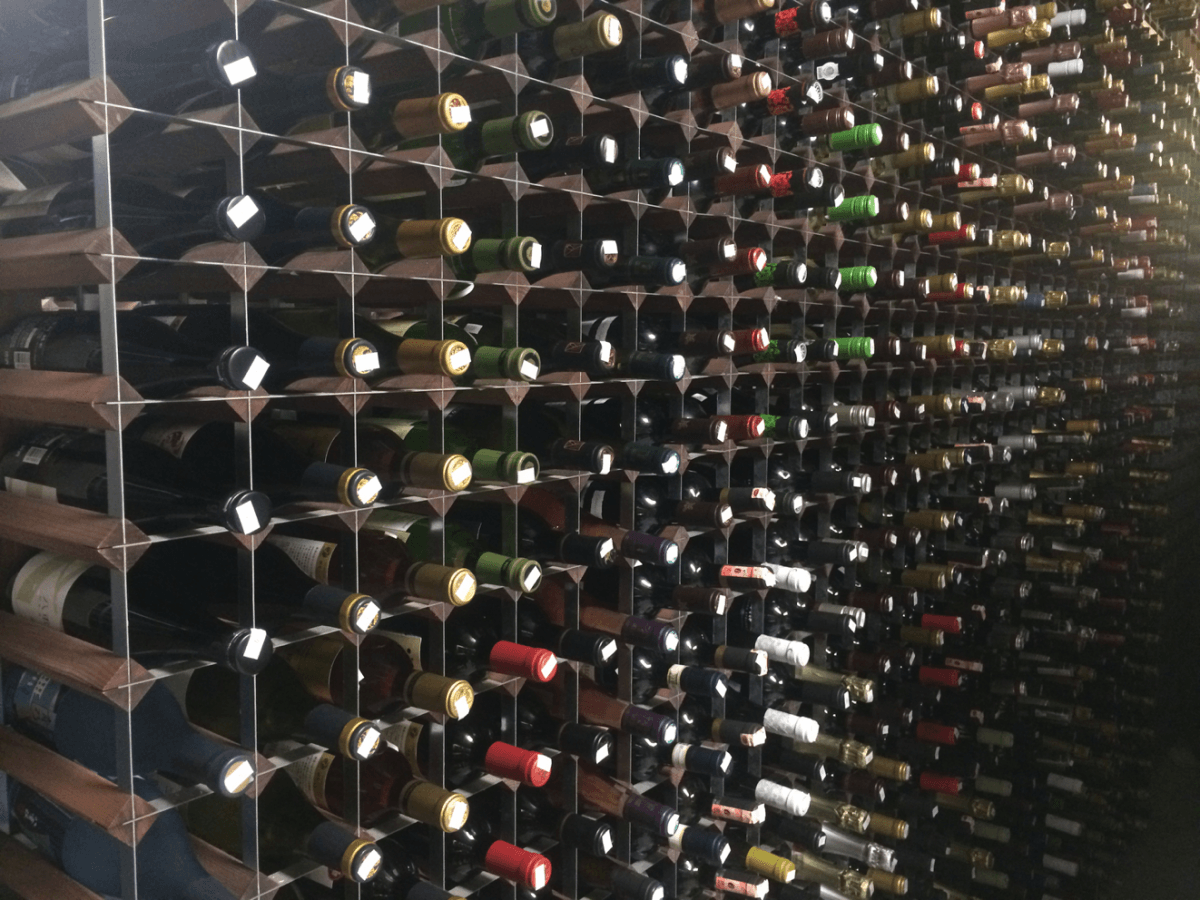 Richard Stoppard, CEO Partner Businesses at The Conversion Fund, said: “It is not new for the IWSC to support the young and emerging talent in the wine and spirit industry. We have long had a close and mutually fruitful relationship with the WSET, and we see working with the IMW as a logical extension of that.

“Focusing on and helping to incubate the talent of tomorrow is not only the socially responsible thing to do, but also has mutual benefit as we at the IWSC get access to and interaction with the new and bright emerging stars of tomorrow”.

Finally, the launch of a prestigious new prize sees the IWSC working closely with Marchesi Frescobaldi and Hallgarten to celebrate talented sommeliers.

The Sommelier Prize will be awarded to a UK-based sommelier or on-trade buyer with a demonstrable interest in, and love of, the wines of Tuscany. 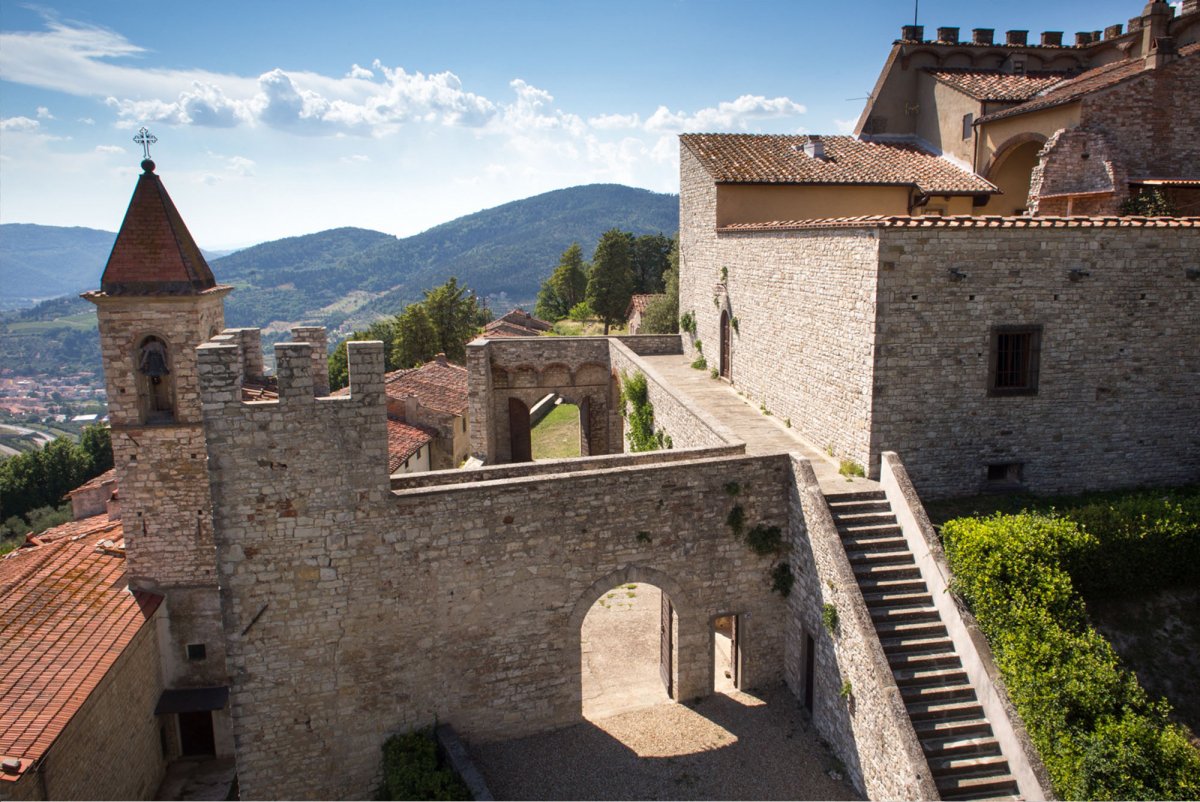 It will include a three-day tour of the six estates of Marchesi Frescobaldi, including a visit to the island of Gorgona where Italian prisoners are employed in the vineyard and winery, as well as tasting the wines and meeting with winemakers and members of the Frescobaldi team.

The winner will also be expected to lead tastings of Frescobaldi wines at a major international wine fair in association with Hallgarten and the IWSC. They will enjoy ongoing support from both companies on the promotion of Frescobaldi wines, as well as the opportunity to become a panellist at the IWSC 2019.

For more information, and to enter the competition, visit the IWSC website.