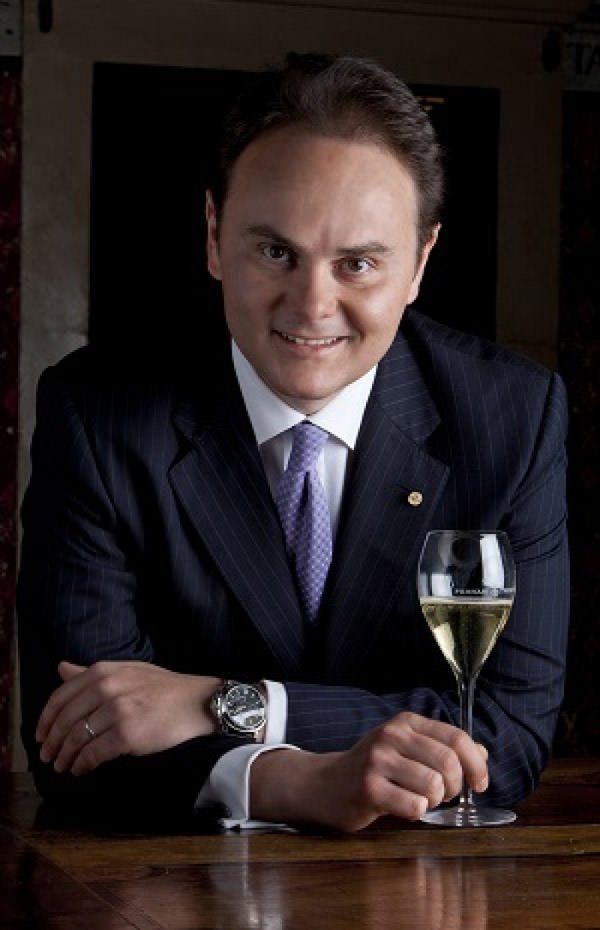 The International Wine & Spirit Competition Announce 2016 President
Today The International Wine & Spirit Competition (IWSC) announce their 2016 President: Matteo Bruno Lunelli, C.E.O. of Ferrari Winery and of the Lunelli Group.
Every year the President is carefully selected from all over the globe by IWSC board members and must be considered to be an influential figure in the world of wines and spirits. After their term of office Presidents then become active Vice Presidents. Following in the footsteps of 2015 President, Neil McGuigan of McGuigan’s Wines, Matteo will act as an ambassador for the IWSC.
Matteo Bruno Lunelli, C.E.O. of Ferrari Winery and of the Lunelli Group, said:
“I am honoured to take up this prestigious position since IWSC has a global outreach and continuously promotes the excellence of wine on the world stage. As I believe that wine is the poetry of its own land and every great wine is an expression of a unique territory, I hope to emphasize the role of the IWSC in educating the consumer in fully understanding the beauty of the diversity of the wine world.”
Similarly to the IWSC Matteo seeks the best, as demonstrated by his currents roles at Ferrari Winery, the Lunelli Group and as Vice President of the Altagamma Foundation. The institution unites high-end Italian companies from various sectors creating strong synergies between the brands that represent the best of Italy.
Allen Gibbons, Group Chief Executive of the IWSC, said:
“At the IWSC’s core is the ongoing pursuit of excellence and recognition of the world’s best wines, spirits and liqueurs. Matteo is a key figure in the wine world and a fantastic ambassador for quality and merit; we are delighted to have him as our 2016 President”.
Graduating with honors in Economics at Bocconi University Milan, Matteo started his career in financial consulting, working for five years at Goldman Sachs International in Zurich, London and New York before joining the family business, Ferrari Winery.
Ferrari is Italy’s leading producer of luxury sparkling wines and was founded in Trento in 1902. Ferrari creates only sustainably farmed Trentodoc wines, which are bottle-fermented sparkling wines made from Chardonnay and Pinot Noir grapes grown at high altitudes in the mountains of the northern Italian region of Trentino.
Matteo is part of the third generation of the Lunelli family; his grandfather, Bruno, acquired the company in 1952 from the founder, Giulio Ferrari. Matteo is willing to continuously innovate whilst respecting the century old tradition of the winery and he is a passionate ambassador of the Italian Art of Living on the global stage.
Today Matteo is also CEO of the Lunelli Group, an Italian beverage group which complements Ferrari with brands that share the same quest for excellence and an indissoluble link with terroir: Surgiva, the exclusive and extremely light mineral water whose source is located in the Adamello Brenta National Park in Trentino; the historic grappa Segnana; Tenute Lunelli still wines from Trentino, Tuscany and Umbria, known for their elegance and longevity; and Bisol, a leading producer of Prosecco Superiore di Valdobbiadene.
Notes to editors
•Established in 1969, The International Wine & Spirit Competition (IWSC) was the first competition of its kind, set up to seek out, reward and promote the world’s best wines, spirits and liqueurs. Now in its 46th year, The IWSC’s relentless pursuit of excellence underpins every aspect of the competition today
•What sets the IWSC apart is the formidable reputation of its judging process. Our panels of carefully selected industry experts comprise Masters of Wine, buyers, sommeliers, WSET qualified educators and respected wine journalists. Every single wine is assessed on its own merits within the context of its class
•Currently receiving entries from around 90 countries, the IWSC is truly international in its reach and recognition
•IWSC partners around the world work throughout the year to drive awareness and promote winners to both trade and consumer audiences
•With 46 years heritage, an IWSC Award is recognised internationally as a badge of quality