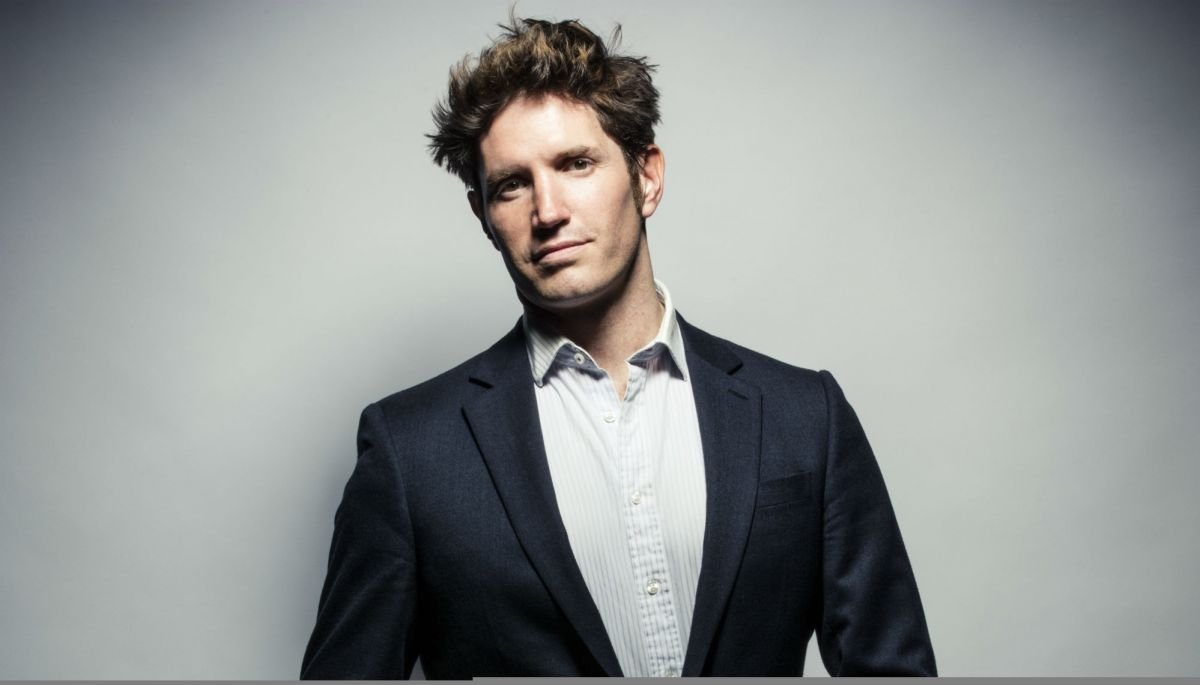 TV presenter and Metro columnist Buckhaven appears regularly as a wine expert on The Market Kitchen, Something for the Weekend, and the Michael Ball Show. He has held prime wine presentation slots at the Ideal Home Show, the Waitrose Drinks Festival, the BBC Good Food Show and Jamie Oliver’s Big Feastival.

Judges described Buckhaven as “an excellent communicator”, “reaching a new and broad audience”, adding that “Rob brings a broad and deep understanding to his fresh, bright writing. His commitment to talking to everyone seeps through his work”.

In the lead up to Vinitaly, where the IWSC Wine Communicator of the Year will be announced, we find out more about Buckhaven’s career so far, including early memories of reading Oz Clarke’s books, and a particularly embarrassing moment with a stainless steel tank.

My parents have always had an interest in wine. We used to have a Lassie-style collie when I was small, and I remember clearly my mother reading out Oz Clarke’s book to my sister and me when we would take him out for walks. The dog, not Oz. I believe the dog learnt more than we did, but it sparked something in me that grew into a real passion.

How long have you been in the wine business?

I got into it when I was 24, so… a little while now. My first ever foray was manning a stand at the Royal Exchange at a month-long Adnams consumer wine tasting. I remember absorbing everything the buyer said, putting my own spin on it and developing my own patter. I went on to do a self-funded vintage at a winery in Langhorne Creek, South Australia, living in a caravan on-site. There, I learned the process of winemaking first hand, and it also took care of my arachnophobia, making it much worse. Shortly after, I was approached to be wine columnist for the News of the World, which gave me the bug for wine writing. I never tapped any phones though…

Which is your favourite region and why?

A region that is piquing my interest is Sussex, which has become the epicentre of sparkling wine production in England. I’m genuinely excited to be a part of the story working with Rathfinny, particularly at this formative stage of the industry. With the Sussex Protected Designation of Origin (PDO) in full development, it feels like history is in the making.

Country-wise, I really admire what they are doing in Spain. It’s a fascinating dichotomy between tradition and cutting-edge innovation, in a good way. They are killing it at the moment, particularly with their white wines.

Which winemaker do you most admire?

I was lucky enough to be invited on a press trip to Thailand last year, to get acquainted with their wine industry. I must admit, I didn’t know what to expect, but I was blown away. I spent time with Kathrin Puff, the then head winemaker at the Siam/Monsoon Valley Winery, who I found to be super-dynamic with a mind-blowing tenacity in the face of such a hostile grape-growing environment. Kathrin exudes such an infectious confidence in her work, and the wines were a revelation too.

What do you do to relax?

Travelling excites and relaxes me at the same time. Having just come back from sunny Dubai to London a few weeks ago, under what seemed a metre of snow, I’m looking to go away again. You often hear English people saying, “I couldn’t live anywhere without seasons”, well, I could. My partner is re-opening the St. Barts Ralph Lauren store next month, which was felled by the big storm, so I’ll be tagging along on that one…

What’s been your greatest triumph?

I’m not going to lie, being shortlisted for the IWSC Wine Communicator of the Year 2018 is a genuine high point. To receive such a significant nod from an organisation I’ve admired for years is surreal. Other than that, becoming wine columnist for the Metro features large on my list, a publication I’ve built a great relationship and synergy with over the years.

And what’s your most embarrassing moment?

Easy. During my vintage in South Australia I decided to be pro-active and clean the lids of the stainless steel tanks in the winery. Bizarrely, one lid was on the floor, so I cleaned it and popped it back onto the tank. An hour later, I emerged downstairs to a crowd of horrified-looking winemaking staff pointing upwards at the largest tank in the winery. It had crumpled in on itself and resembled a giant coke can. I asked who could have done such a thing, to which the winemaker barked, "You did, you b****y pom!" What I hadn't realised in putting the lid back on was that they'd removed it to pump wine out of the tank. Apparently, it's still called 'the Pommy Tank' to this day...

The IWSC Wine Communicator of the Year 2018 will be announced at the Vinitaly Gala Dinner on 14 April in Verona.