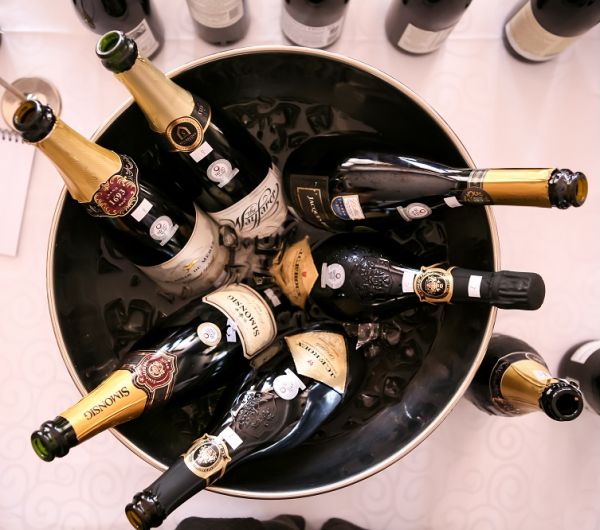 Waitrose and the International Wine and Spirit Competition announces shortlist for

The International Wine & Spirit Competition (IWSC) has announced its shortlist for the 2014 Julian Brind Memorial Award for Outstanding Achievement in the Wine Industry. This prestigious title was created in 2012 to highlight a man or woman who demonstrates they have the courage of their convictions, dedication to the industry and passion for real wine.

The late Julian Brind MW, was a leading light in the wine trade and an integral part of the Waitrose wine team for over forty years. The award was created by Waitrose, in association with the IWSC, where he was a longstanding judge, to honour his contribution and service to the trade that he loved. He was a trusted and committed mentor to many aspiring young wine professionals, as well as being a dedicated family man, full of energy both for his work and his leisure activities. The 2014 winner will follow in the footsteps of esteemed restaurant owner and sommelier, Xavier Rousset MS.

This year’s shortlist of candidates:

A former banker for Citibank, Maggie retrained as a journalist and quickly became editor of the World of Fine Wine where she stayed for two and a half years. She now writes occasional columns for Decanter and Financial Times How to Spend It where she covers wine and other subjects.

After 10 years travelling the world as a fashion model, Ruth then followed her passion for food and drink and worked for Michelin starred Arbutus and Wild Honey. Using her expert wine knowledge, she then went on to create pop up bar Street Vin and unique event Wine Car Boot.

Anita is the director of Wines of Chile UK, an organisation committed to promoting the quality and image of Chilean wine throughout the world. Wines of Chile’s 93 member wineries belong to Vinos de Chile and represent 90% of Chile’s bottled wine exports.

Dawn is in charge of the drinks range for the four Selfridges stores as well as online, with responsibility for over 2000 skus and 5 restaurant lists. She also launched Selfridges’ new wine shop and Wonderbar. Previously, Dawn worked as the restaurant manager at The Ledbury and sommelier at The Square restaurant.

Kate, set up her own award-winning wine company Reserve Wines in 2003. Creating homemade YouTube videos about wine, she was headhunted by the BBC and was appointed as their wine expert to present new show, Food & Drink alongside celebrated chef Michel Roux Jr.

The winner will be announced at the IWSC awards banquet, to be held at London’s Guildhall on 12th November 2014.

The International Wine and Spirit Competition was founded in 1969 and is the premier competition of its kind in the world. Its aim is to promote the quality and excellence of the world's best wines, spirits and liqueurs. All entries are blind tasted in groups divided by variety, region and vintage as necessary.
IWSC has appointed Laura Catena as the 2014 president.
The 2014 Annual Awards Banquet will be held on Wednesday 12th November, at The Guild Hall, City of London.
The IWSC has partnered with Wines Direct to promote its top 2014 award winning wines. The price comparison website will allow consumers to search for medal winners by country, variety, colour, region, or retailer. The website will also show judges’ tasting notes for wines which has won trophy, gold, gold outstanding and silver outstanding.