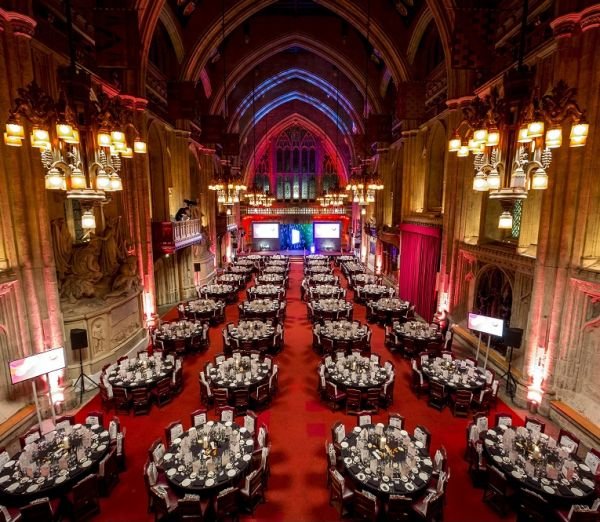 The competition, widely acknowledged as the most prestigious and independent contest of its type in the world, announced the winners from this year’s competition. The rigorous judging lasts seven months, with tastings assessed by over 300 experts from 30 countries.

Attended by the industry’s most renowned including G. Garvin Brown IV and Anthony Von Mandl. The evening also saw the handover of the Presidency title, as Australian Vintage CEO and triple IWSC Winemaker of the Year winner, Neil McGuigan was named the 2015 President. Neil takes over from 2014 IWSC President Laura Catena, a fourth generation Argentinian vintner.

The International Wine and Spirit Competition’s General Manager, Ewan Lacey, said, “This year’s competition was extra special as we celebrated our 45th anniversary. The competition is unique as it still holds the same values and unrivalled judging process that it started with, when launched in 1969.”

For a full list of winners please visit www.iwsc.net which outlines all winners in wines, spirits and individual honours. Highlights of the trophy winners are listed below:

·         Prestigious award, Winemaker of the Year went to Regis Camus . Having been at the helm of Piper-Heidsieck for the last 20 years, cellar master Regis has had time to hone his craft and is now keen to communicate the focus on quality to the international market. Champagne House Piper-Heidsieck, also won the NV Champagne Trophy with the Charles Heidsieck Brut Reserve and the Vintage Champagne Trophy with its Charles Heidsieck Rosé 1999.

·         Distiller of the Year went to Sazerac, for its combination of heritage, innovation and continued drive for expansion and experimentation. The history of Sazerac stretches back to 1869 when it was purchased in New Orleans. Today, the company owns America’s most famous distillers: Buffalo Trace Distillery, A. Smith Bowman, Glenmore Distillery, Barton, Fleischmann, Medley and Mr. Boston.

·         Dave Hughes was awarded the prestigious Lifetime Achievement Award. With 60 years’ service to the wine and spirits industry, the judges hailed Dave as, “the most celebrated figure in South African wines and spirits”. They also praised his role as a mentor to budding entrepreneurs, looking to build a career in the drinks sector.

·         The Outstanding Achievement in Scotch Whisky Trophy, sponsored by Chivas Brothers, was awarded to Gavin Hewitt CMG for his significant contributions to the world of whisky. Gavin finished his role as CEO of the Scotch Whisky association last year, but the results of his efforts and accomplishments for over a decade in the post will, in the words of whisky specialist Stephen Notman, “be felt for years to come”.

·         Dawn Davies was awarded the Julian Brind Memorial Trophy for Outstanding Achievement in the Wine Industry. A former sommelier, Dawn now runs the Selfridges’ wine and spirits category. She is in charge of the entire wine and spirits selection across four stores, five restaurants and online. The late Julian Brind MW was a leading light in the wine trade and an integral part of the Waitrose wine team. The award sponsored by Waitrose, was created to honour Julian’s contribution and service to the trade that he loved.

·         Waitrose took home the Retailer of the Year Award, wowing judges with its progress this year. Innovation has been at the forefront of the company’s 2014 agenda, with May seeing the launch of online wine website Waitrose Cellar. One judge commented, “they’ve taken a leaf out of the independent retailers’ book, showcasing innovation with tastings and technology to the fore”.

·         The Independent Retailer Trophy was awarded to Birmingham retailer, Loki Wines. The judges praised the business for offering a ‘complete package’ and for founder Phil Innes for creating an “engaging, truly independent business”.

·         Award-winning film director, Francis Ford Coppola won the US Wine Producer of the Year Trophy and also the Mission Hill Winery Trophy for Chardonnay, for his Director’s Cut Chardonnay 2012. Francis is best known for films including The Godfather Trilogy and Apocalypse Now.

For further information on the International Wine and Spirit Competition please visit www.iwsc.net

·         The International Wine and Spirit Competition was founded in 1969 and is the premier competition of its kind in the world. Its aim is to promote the quality and excellence of the world's best wines, spirits and liqueurs. All entries are blind tasted in groups divided by variety, region and vintage as necessary.

·         The IWSC has partnered with Wines Direct to promote its top 2014 award winning wines. The price comparison website will allow consumers to search for medal winners by country, variety, colour, region, or retailer. The website will also show judges’ tasting notes for wines which has won trophy, gold, gold outstanding and silver outstanding.