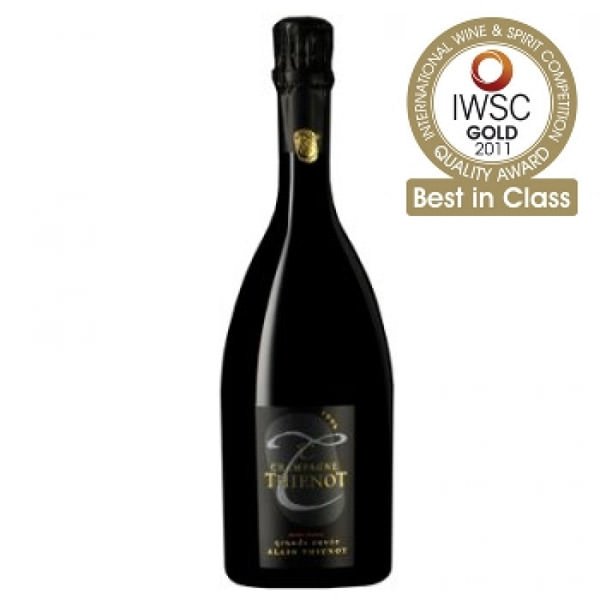 We shine a spotlight on last year's trophy winners as the entry deadlines of 2012 approach.
This month sees the first entry deadlines for the 2012 International Wine & Spirit Competition for Northern Hemisphere producers.
Wine entrants outside the US, France, Portugal, Spain, Greece, Canada, Central America, Germany, Austria and Italy have until February 17th to enter the world renowned competition.
Winegrowers from the US and France must submit their entries by February 24th and to highlight the benefits that an IWSC trophy can bring, we have shone a spotlight on some of last year's winners.
For spirits entrants the deadline is the 11th May and the Southern Hesmiphere wine deadlines begin with South African on the 29th June.
Every year, the IWSC receives entries from nearly 90 countries worldwide, but casting a light on Old World wines from France, as many as 16 wines were awarded a Gold (Best in Class) trophy by the judges.

Champagne Alain Thienot Grande Cuvée 1999 was awarded Gold (Best in Class) in the Champagne AC - Brut - Pinot Noir/Chardonnay tasting category, proving its excellence among other Champagne houses in the region.
The judges cited its pale lemon taste with silver highlights and noted its "tiny lacy bubbles and notes of candied lemons and grilled bread".
Also picked up from the tasting was a full palate of marzipan, as well as hints of green apples balanced with "crystal clean acidity", with an elegant finish.
Winegrower Alain Thienot has been building a new Champagne house for the past 25 years and keen to produce quality and character, a Grand Cuvee is only released in the very best vintages.

Clos Vieux Taillefer 2009 won a Gold (Best in Class) IWSC Trophy in the Pomeral AC - 2009-2007 category last year. Produced by Cordier Mestrezat Grands Crus, which has been making wine in Bordeaux since 1886, the judges praised the wine's "attractive floral backing" while sweet black fruit flavours dominated.
Calling it "very pleasing" with a long finish, the judges also remarked on the wine's supple tannins and light weight on the palate.
Last year the trading house celebrated its 125th anniversary, so the award came at a particularly welcome time.

Domaine de Nalys Cuvée 1633 AOC 2009 was named best in class of the Châteauneuf du Pape AC – 2009 tasting category. The French wine is one of just a few brands produced by the domaine, which is one of Chateauneuf du Pape's oldest estates.
Tasting notes from the judges commented on the wine's intense flavour and aroma.
Indeed, they wrote: "Aromas whoosh out of the glass here, stunning concentration of juicy black fruits, cassis and leather."
"The mouth feel is firm and enveloping, very rich and layered, holding a precarious balance which is very classy."
And if that wasn't enough praise, the judges called it "an absolute stunner of a wine which has a long way to go yet".
Keen-eyed producers from the region will be watching to see if their wine can beat the brand at the 2012 wine competition.

Moving to France's Chablis region, Domaine Laroche Chablis 1er Cru Les Vaillons 2009 was last year named best in class in the Chablis 1er Cru - 2010-2009 category.
The wine has been a firm favourite with the IWSC judges, winning the Gold (Best in class) for its 2007 vintage in 2010 before taking the crown last year.
Judges praised its "classy, ethereal and forthcoming" bouquet and full flavoured and complex mouth, with "racy acidity right through, dry opulent flavours in mid palate and great length".

Representing the Rhone, Cave de Tain Hermitage 2007 was named best in class for the Hermitage AC - 2007-2006 tasting category.
Located at the foot of the Hermitage hillside, Cave de Tain produces five cru wines and the Hermitage 2007 was praised for its flavours unfolding on the palate with rich, ripe berry, cacao, deep liquorice and vanilla. They also noted that while the wine is drinkable now, it also has lots of potential to develop over time.
The results of the 2012 competition for the Northern Hemisphere will be announced on May 22nd.