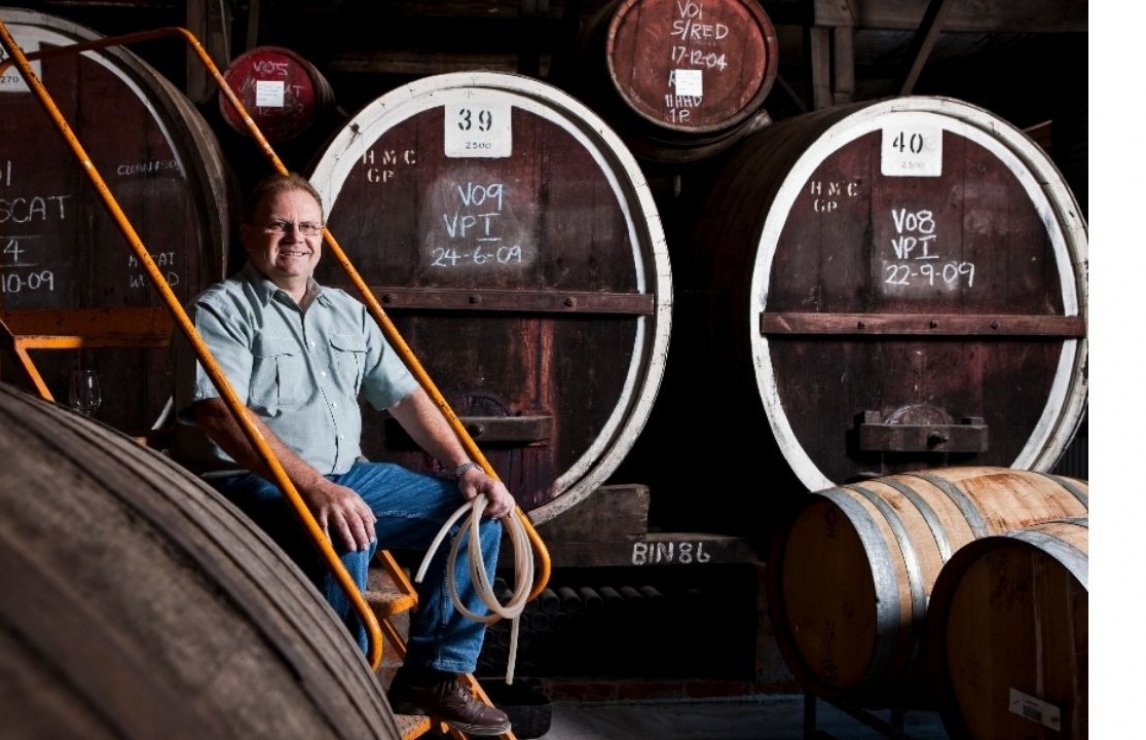 In the early 1850s, the discovery of gold in Rutherglen in north-east Victoria, Australia led to a huge influx of prospectors eager to strike it rich. The town grew and thrived, and by the end of the decade one company was taking the first steps to making its own liquid gold – Morris Wines.

The winner of one of the IWSC’s most illustrious trophies – Outstanding Wine Producer – as well as the Fortified Wine Producer trophy, Morris Wines enjoyed an incredible year in 2020. Morris makes a whole gamut of styles, including white, red and sparkling, but it’s its fortified wines for which the company is best known.

The two key fortified styles in this part of Oz are Muscat and Topaque (formerly known as Tokay). The former is made with Muscat à Petits Grain Rouge, and is full-bodied with rich notes of toffee, raisins and dried fruits, while the latter is produced from Muscadelle and is slightly lighter, offering more honey and green-tea aromas.

Morris does them both brilliantly, as evidenced by its clutch of awards at this year’s IWSC, for which it earned the Outstanding Wine Producer Trophy. Currently at the helm is fifth-generation chief winemaker David Morris who took over back in 1993, and who describes winning the trophy as ‘the crowning glory’, adding: ‘It’s one of the most prestigious awards we’ve won in our 160 years of history.’

The beauty of the fortified wine category is the huge range of styles and flavours available, and how they differ depending on the country/region of origin. If you want something fruit-forward, you might go for an LBV port. If you’re after something drier and leaner, consider a fino or manzanilla sherry. But if you’re after a rich, luscious wine, Australian fortifieds are the way to go.

David Morris says: ‘The climate, soil and winemaking philosophy of Australian fortified wine is well suited to making a range of fortified wines. There’s a uniqueness in the Australian style that you really can’t compare with other great sweet or fortified wines of the world.’

Morris’s wines performed exceptionally well in this year’s IWSC, scooping five Golds, a silver and a bronze, as well as individual Trophies for its Cellar Reserve Grand Muscat and Grand Tawny. Muscat is the richest style of Aussie fortified, made with Muscat a Petits Grains Rouge, which thrives in Rutherglen.

The Morris Wines story almost came to a premature end in 2016 when then owner Pernod Ricard decided to sell up – which would have meant the closure of the winery as well as the sale of the site and vineyards, as well as the vast stocks of fortified wine maturing in the cellars.

Thankfully, John Casella of Casella Family Brands (which owns Yellow Tail and Peter Lehmann, among others) stepped in and bought the company, ensuring its legacy would continue. The connection between the two companies goes back a lot further, however – the Morris family had given Casella’s parents a business loan 50 years earlier, a gesture that Casella would not forget.

‘We couldn’t let this iconic brand disappear,’ Casella said soon after the purchase. ‘There will never be another Morris. It was going to be dismembered and sold off in bits and pieces, and that wasn’t going to happen while I had the opportunity and the means to save it.’

With Morris Wines secure again, David Morris can concentrate on making some of the world’s best fortifieds. The company is looking to increase its distribution next year and find even more drinkers to enjoy its wines. Closer to home, Morris says there’s been a noticeable increase in interest in table wines from Rutherglen, especially those made with the full-bodied Durif variety – a style first introduced by David’s father, Mick, in the 1950s.

Fortified wines are not just for Christmas, however, and those who make them are keen to stress that fact. Morris says: ‘It’s not as seasonal anymore, and some drink our fortifieds semi-chilled. As people continue to develop their wine knowledge, they're experimenting more with different occasions and finding more ways to enjoy their fortified wines and coming up with their own serving preferences. My advice is to ensure you get the right pairings with the right wines, but mostly just to enjoy!’

With so many awards and the IWSC Outstanding Wine Producer Trophy under his belt, what’s Morris’s secret? ‘Intricacy and attention to detail is integral to ensuring these wines are the best we can possibly craft, and that present us in the best possible way,’ he says. ‘Every part of the winemaking process is held to an extremely high standard at Morris – but ultimately, we always focus on flavour.’