An interview with Ryan Chetiyawardana 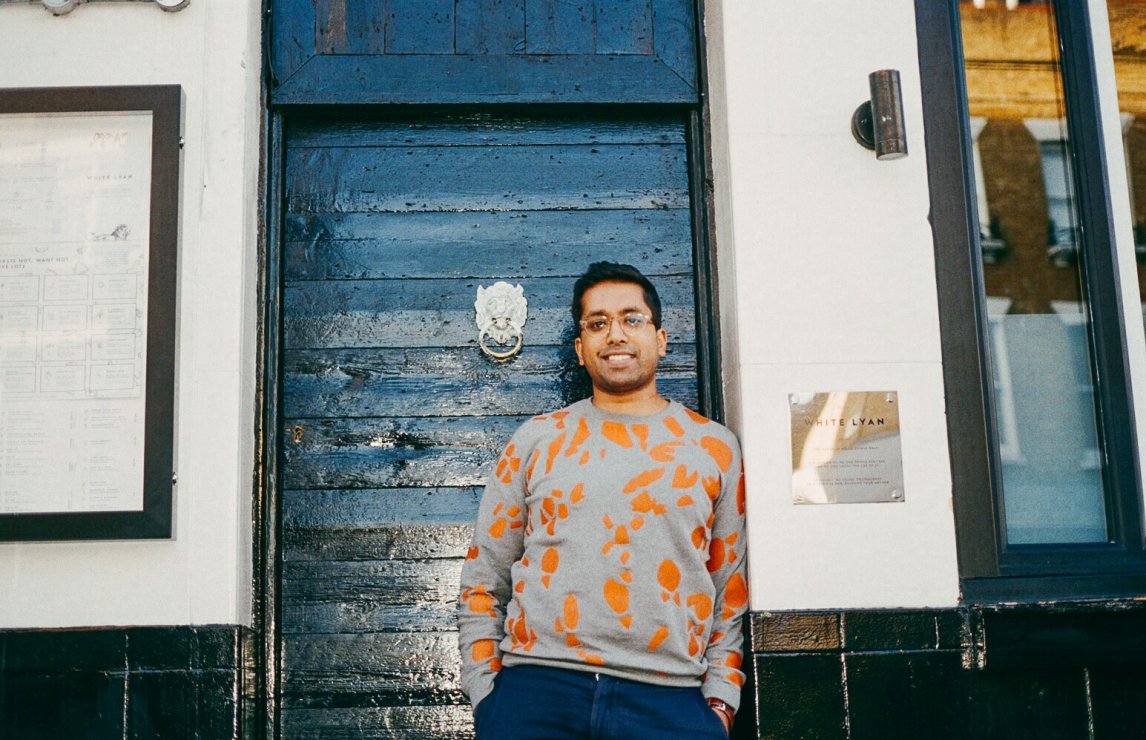 The man behind some of the world’s most acclaimed bars of the last decade, Ryan Chetiyawardana – or Mr Lyan, as he is more widely known – was last year crowned IWSC Spirits Communicator of the Year. And even in lockdown, Chetiyawardana is busy, balancing plans to re-open his four international venues with time spent experimenting with new ideas.

Growing up in Birmingham, the youngest of three siblings and the son of Sri Lankan parents, Chetiyawardana quickly discovered his passion for food and drink, training first as a chef and then as a bartender. His various bartending jobs were a constant throughout his time spent studying – fine art in London, then biology and philosophy in Edinburgh – which stood him in good stead when opening his first bar, White Lyan, in London’s trendy East End in 2013.

With White Lyan, Chetiyawardana created the first cocktail bar in the world to use no perishables or brand names, instead focusing on in-house spirits, cordials and distillates as an exploration of sustainability. His innovative approach has since led him around the world, with the launch of Silver Lyan and Super Lyan in Washington DC and Amsterdam respectively, as well as two new venues in London: Lyaness on the Southbank– reimagined from Chetiyawardana’s iconic Dandelyan, which was named World’s Best Bar by The World’s 50 Best Bars in 2018– and Cub, a reinvention of the original White Lyan space.

Here, he talks about his Brummie upbringing, his advice for industry newcomers, and how he hopes the hospitality world will emerge post-lockdown. He also shares an easy recipe for his favourite at-home cocktail, a simple highball. 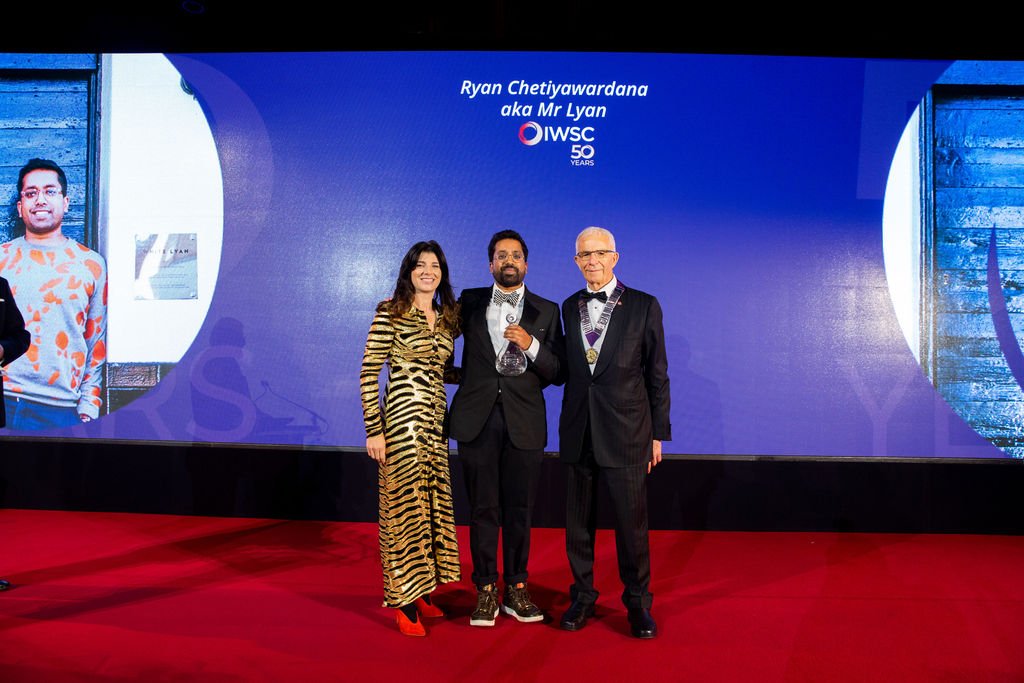 I grew up in Birmingham and it was a big influence on me. I was very thankful for its multiculturalism, and the fact that it's such a big city – it got me used to diversity early. But Edinburgh and London also both had big influences on me at a formative age.

You’re the youngest of three, with an elder brother and sister – how was family life growing up?

We're very close as a family, and they've all been amazing influences, supporters and collaborators. It was fun, the three of us growing up, and we certainly played to a youngest-middle-eldest dynamic. I pity my parents – they taught us to be strong-willed and independent minded, and they certainly had to reap what they sowed. But they also are very worldly; Sri Lanka is Buddhist and very progressive, so aside from having to focus on academics we were very free, and I'm hugely thankful for that.

Initially in Birmingham as a chef, then as a bartender. But I learnt a lot from my first stint in London, then from my time in Edinburgh. It was really in Edinburgh where my opportunities blossomed.

You studied fine art, biology and philosophy – though presumably not all at the same time. How have each of the disciplines influenced the way you’ve set up your bars?

They were sequential, but there definitely was some overlap. My interest in scientific methodologies was actually very akin to art. All of these were touching on my interests, and they have certainly folded into my work. Some in more direct ways than others – Dandelyan was very much an exploration of my biology background, and a few of my taste experiments were born from my days in labs – but they have all informed the approach we take as a company. 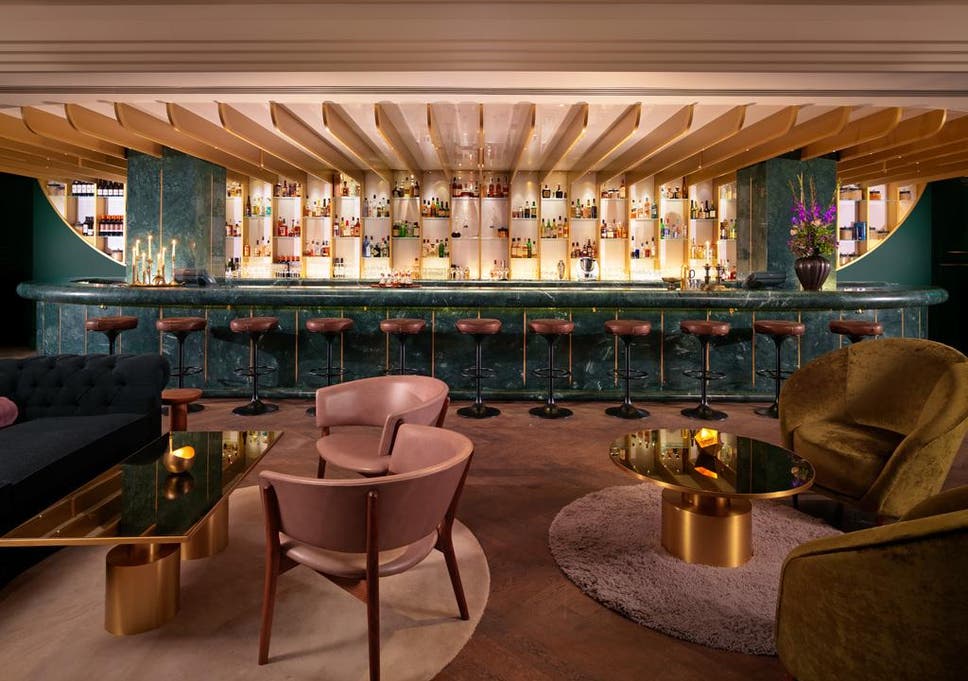 Who was your greatest professional influence?

I have been very lucky to have some incredible mentors – Mike Aikman & Jas Scott, Craig Harper, Andy Gemmell, Lewis Jaffrey, Stu McCluskey, Chris Stock, Billy Skelli-Cohen – but it was my sister Natasha who had the biggest influence, by really encouraging me to apply my interests outside of the industry to my work.

Like most, it was an accident. I had started to explore learning professionally about food as it had been a big pleasure in our lives growing up, but it was only when I switched to the bar that the bug really bit.

There's been some personal challenges that I have been able to turn into positives, but I would say that trying to fulfil the mission we had when we started the company – to break down the barriers surrounding food and drink – was the biggest. We hit a lot of opposition along the way, but I only saw that as fuel. The most important thing was to seek out kindred spirits – and they came from surprising sources. I think a lot of people were feeling the frustrations towards the things we were trying to change, so once we were vocal about our mission, we were fortunate that lots of people lent their support and expertise.

I think it surprises people that it isn't any of the awards we've been fortunate enough to garner. My proudest achievement is the team we’ve assembled. The way they work together creatively and professionally is everything I had hoped for – and the way they pull each other up, and challenge us as a group is something I will never take for granted, and something I am in awe of every day. It really pushes me forward.

Is there anything in your career that you would have done differently?

I don't believe in regrets and I wouldn't change anything as otherwise we wouldn't be in the position we are – and I'm very proud of what we're doing. Aside for campaigning for more balanced conversations at government and industry body levels, I don't think there's much I would do differently. I would encourage my younger self to seek out help more quickly though!

What advice would you have for someone joining the spirits industry?

Find the parts that genuinely interest you. Don't follow the shiny new thing unless it really speaks to your personal outlook and interests. There is so much diversity to explore, and we're all stronger for the industry being focussed on authenticity rather than bandwagons.

Are they different from each other? You can't have one without the other. But never believe the hype – you always have to explore things in context.

How has your work been affected by the current situation?

It's heart-breaking, and I have worries for what things look like both from a health and safety perspective, and from the recession we're facing. But I remain optimistic. All the bars are closed, and there's some choices we’re having to face, but we're trying to continue as best we can.

How are you spending your time during the lockdown?

Thankfully I'm still really busy. Each day has been different – much like in real life – except I'm chatting more with my cat rather than the usual diverse group of people I get to interact with. I'm trying to balance keeping active, managing the business and nurturing creativity. It's harder without the structures around us, and organisation has never been my forte, but I feel fortunate to still be running around. I've also been experimenting and using the time to explore some new ideas.

How do you think the situation could ultimately impact the bartending world?

I'm hopeful for a positive outcome around the balance of our industry, and the public gaining a better understanding of the complexity and value we need to assign to food and drink. It's certainly going to get tougher before it gets better, but I think in the long term we'll see a much better balance coming through.

Can you share an easy, at-home cocktail recipe for us? 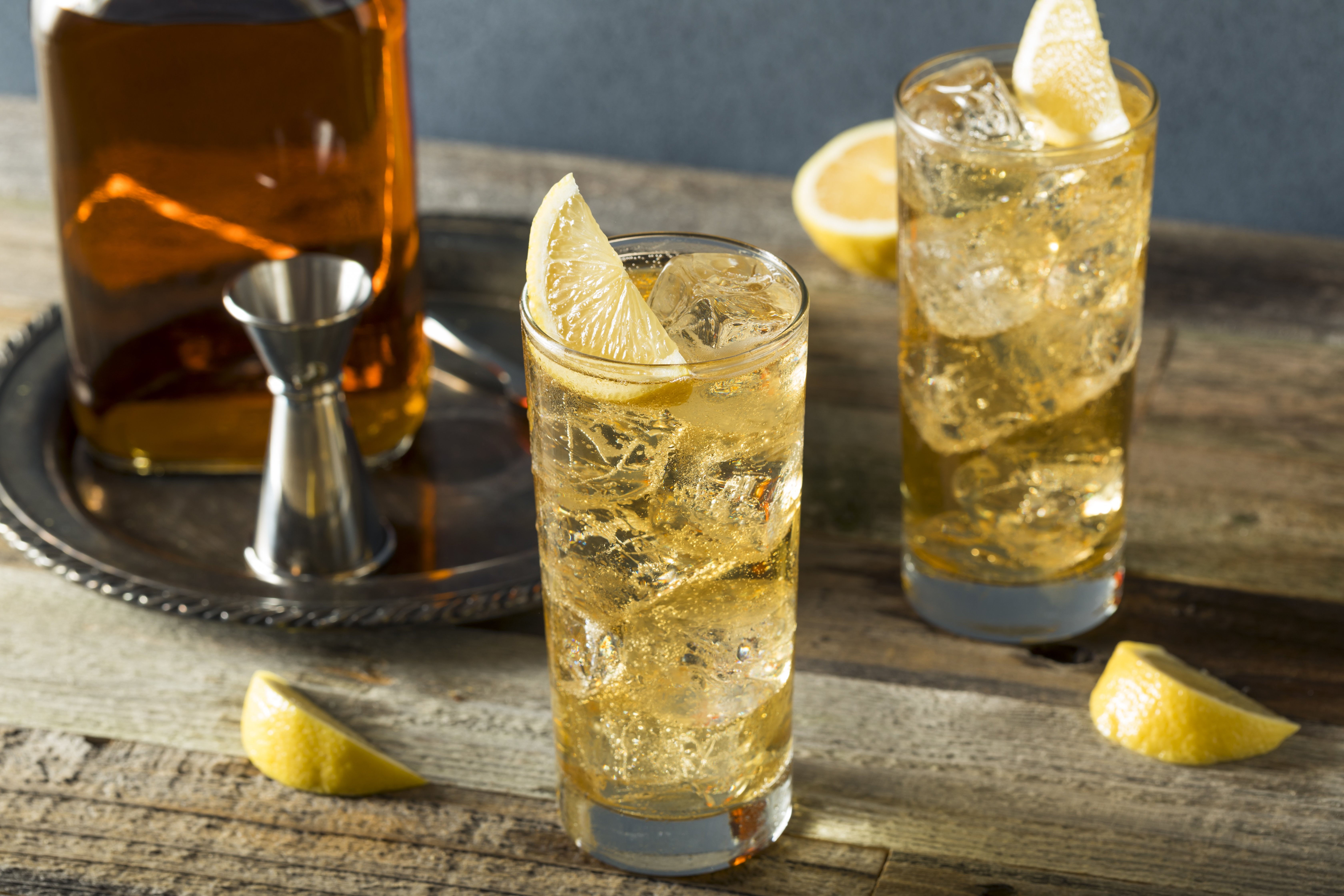 Life in a Glasshouse

Crush the cardamom pod in the bottom of a shaker, add the whisky, and allow to infuse for 1 minute while you assemble the other ingredients. Add lemon barley concentrate to a frozen highball glass, strain the whisky over and stir. Add cubes of ice, then top with chilled soda water. Garnish with a wedge of peach or a whatever fruit is to hand.