The Virtues of Uncommon Provenance 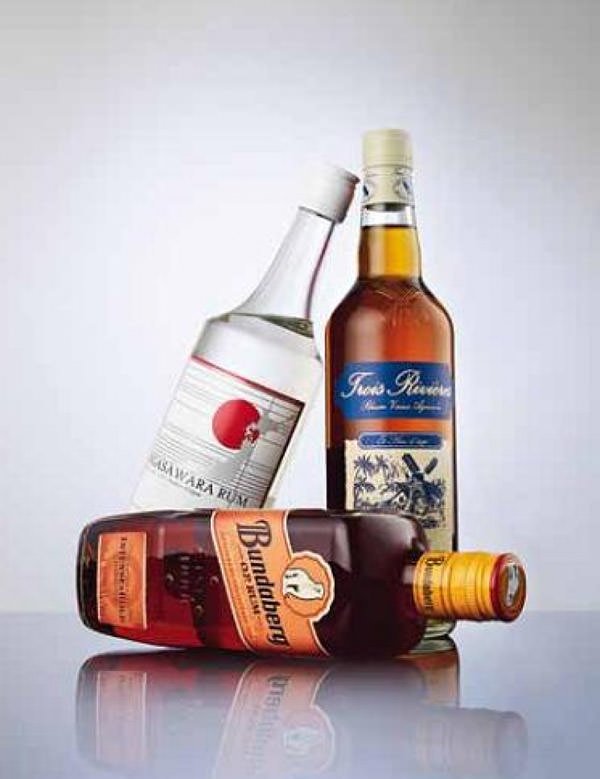 If you think all good whisky comes from Scotland or all worthwhile rum from the Caribbean, you’re in for a big surprise says BRIAN NOONE. Unusual provenance is the story in spirits – and many of the new creations may well be better than the originals
In March, the world’s top award for single malt whisky went to the Yamazaki 25 Year Old, a Japanese spirit. To the surprise of many causal sippers, it was the third time in six years that a Japanese product has won the title. The two awards for blended whiskies, the other prized version of the elixir, went to a South African distillery and to another Japanese distillery. The last time a Scottish whisky won an award was 2010, and in the six-year history of the competition the national win totals are as follows: Japan 12, Scotland 5, South Africa 1.
The simple conclusion is that “scotch”, after all these years, is no longer a synonym for “whisky”. But there is a deeper significance as well, one evident on the shelves of the world’s top bars: the gins they stock no longer come exclusively from Britain or the Netherlands, the rums they serve are not all of Caribbean origin, and many of the vodkas are not distilled anywhere near the Arctic Circle. Provenance no longer carries the cachet it once did – bartenders, and their patrons, are wising up to a range of excellent spirits made by pioneering distillers in unexpected locales.
As with Californian and Australian wines in the 1980s and 1990s, there is much to like about the new bottlings, and also much not to like – some of the spirits are more novel than they are good. But a substantial number are bettering the originals in the eyes of industry experts, bartenders and connoisseurs alike, meaning even the most occasional imbiber ought to take notice.
“Six or seven years ago, we looked at Japanese whisky and we fell in love with it straight away,” says Sukhinder Singh, co-director of the UK-based Whisky Exchange, the world’s largest online spirit purveyor. A few years later, after Japanese whiskies had earned broader recognition, “every three or four orders going out the door had a bottle of Japanese whisky in them,” he says.
The exposure benefited not only Japan, but the rest of world whiskies. “It opened the door to people wanting to try other stuff,” says Singh, referring to the Indian, Tasmanian, Taiwanese and Swedish whiskies that have garnered honours in the past few years.
Rum distillers outside the Caribbean have not had a single country come to the fore, but it is not for lack of possibilities. Producers round the globe have won devoted followings: Mauritius is held in great esteem, particularly its St Aubin, made from sugar-cane juice rather than molasses, as is its near neighbour, La Réunion, whose Savanna rum is a multi-award winner. Venezuela and Colombia produce excellent rums, as do the Canary Islands and Australia. There is even a lone distillery of high repute on the southerly Japanese isles of Ogasawara, evidence perhaps of a cultural predisposition for world-class distilling.
The explosion of producers worldwide means the country of origin is no longer the selling point it used to be. According to Ivan Dixon, a judge at the International Wine and Spirits Competition and a buyer at noted London department store Harvey Nichols, “It all comes down to the product and the complete package that it offers. If traditional or unusual provenance is part of that package, and there is a story to be told, this is obviously an advantageous aspect. I would, however, maintain that the quality of the liquid and feel of the presentation are far more relevant when it comes down to listing a new product.”
Vodka is the clearest case of the “complete package” mattering more than anything else. The differences between liquids are so subtle that consumers usually make choices based on bottle design and marketing – Sweden’s Absolut has been a business-school staple since its meteoric rise in the 1990s, a result of little more than innovative marketing. Today, novelty rather than glamour commands a premium: spirits like Kazakhstan’s Snow Queen and South Africa’s Mainstay appeal for their exotic origins, and petite London-based Sipsmith and US microdistillery Firefly offer award-winning spirits along with the snob value of being in the know. Perhaps the most innovative new vodka is Bolivia’s Fair, which is made from responsibly sourced quinoa – thus carving out a niche with both its novelty and eco credentials.
Gin, in contrast, has a wide range of obvious flavours and it is, at the moment, the drink most frequently on the lips of the jet-set gentry. Its production in recent years has spread far and wide, meaning gins labelled “London Dry”, a style not an origin, are produced in locales ranging from New Zealand to Canada to France. Even whisky distilleries, like Lark in Tasmania and Bruichladdich on the Scottish isle of Islay, have brought out very impressive gins, Pepperberry Gin and The Botanist, respectively.
What’s clear is that with regard to spirits, the myth of privileged provenance has been successfully debunked. The originals still define the standards by which new versions are judged – but they are not an unchanging firmament. Angela D’Orazio, master blender of Sweden’s Mackmyra whisky, notes that in Sweden, “Locals who don’t drink whisky at all … gladly try a bottle of local Swedish single malt.” And as new customers spring up next to the new distilleries across the globe – there are now ten distilleries either currently producing or under development in Sweden alone – tastes are likely to change. “I’d love to know how the world’s whisky map looks in 40 years,” ponders D’Orazio. One thing is certain – it won’t remain as it is now.