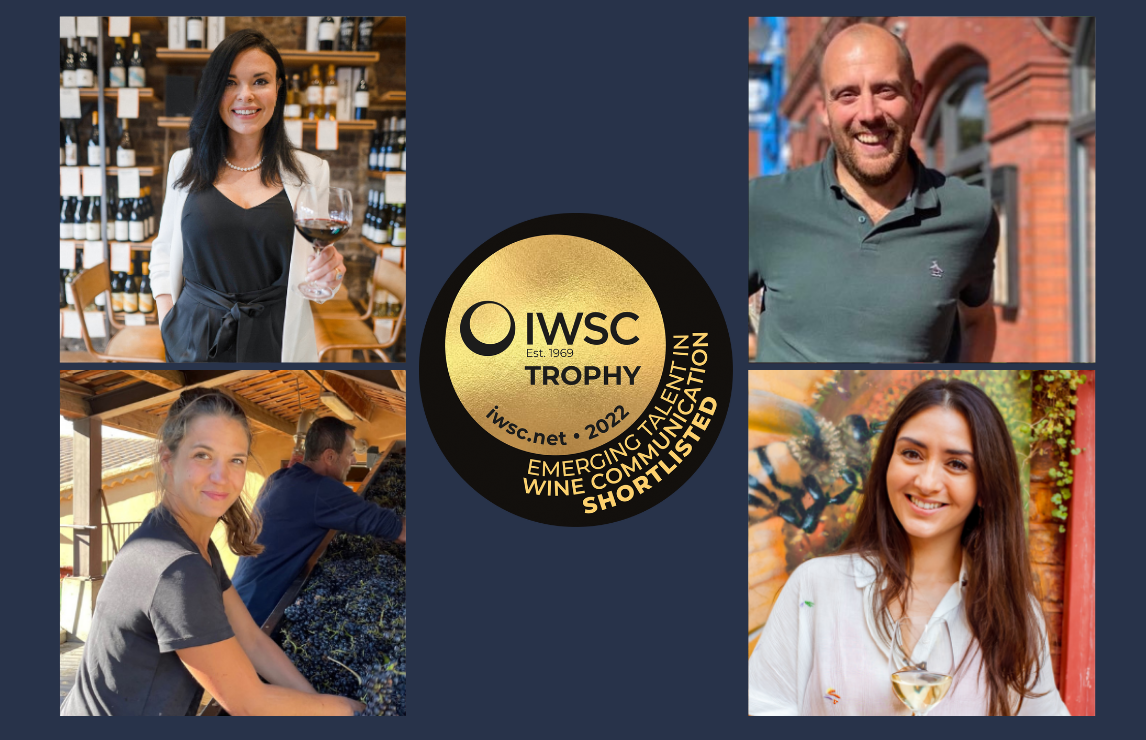 Following the resounding success of our Wine Communicator award back in November 2021, this year the IWSC has created a new award specially for a new generation of wine communicators, people who are using new, innovative and creative ways to share their knowledge and passion with consumers and/or the wider industry.

When narrowing down our 2022 shortlist, our judges were looking for individuals who were creatively communicating about wine to an often-unreached audience, with the perfect balance of personality and knowledge.

We are delighted to reveal our 2022 shortlist for the IWSC’s Emerging Talent in Wine Communication.

Anna jumped into the deep end of the world of communication in 2018 when she took on the role of Tastings and Events Co-Ordinator at The Wine Society. One of Anna’s mediums for communicating her wine message to her audience is via video conferencing. Anna was the brainchild of The Wine Society’s ‘Sip-Size’ weekly YouTube series. These series are designed to create useful ‘building blocks’ for members, allowing them to join a non-threatening environment with educational and entertaining content. Each episode sees around 500-700 registrations.

Anna took the challenges of lockdown in her stride, when face-to-face conversations with producers from around the world were halted, Anna took to video conferencing. Anna believes that where writing can bring alive a wine note, video can bring alive the story of that wine and can transcend the technical information to communicate the bigger picture.

Our judges were greatly impressed by Anna’s confidence and amazing ability to engage her audience virtually. Anna’s written content was also praised, showing her sheer knowledge of wine and personable approach to communicating this. 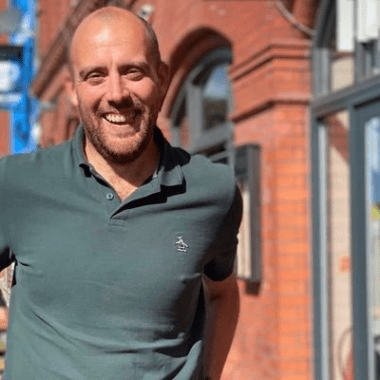 Brad launched into wine communicating during the first lockdown. Through his Instagram lives, @winetimelondon, Brad was able to interview the greats of the wine trade, from winemakers to producers, growers to masters of wine, importers, sommeliers, buyers, journalists and a whole host of other industry professionals. Brad’s show quickly gained traction and his social following saw no sign of slowing down, currently clocking in at over 10,000 followers. During challenging times, ‘WineSocial’ became a moment of some sort of social interaction for wine lovers across the world.

Brad’s enthusiasm for wine has seen him move from virtual interviews to now also presenting at large trade events, since the world opened up after lockdown.

Our judges believed that Brad embodied the quality of emerging, as he burst onto the wine scene in such a short space of time. His videos were praised for being very genuine, authentic and engaging. His longer format of videos shows that his audience trust in his communicating style and are deeply interested in the topics he passionately talks about. 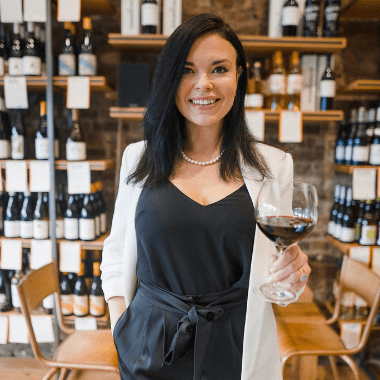 When award-winning theatre producer, Libby’s role was halted by the effects of Covid, she didn’t rest on her laurels and quickly took to the wine trade like a duck to water. After completing her WSET level 1, 2 and 3, Libby founded an independent wine consultancy Bacchus & Brodie in January 2021. Libby works with events companies and private clients to select and source wine and hosts bespoke tastings both online and in person.

Libby is also the dedicated wine columnist for City AM, with a readership of over 2 million online and 400,000 in print. Her ‘Wine Without the Snobbery” column is incredibly engaging, and Libby makes the effort to recommend and draw attention to British wine.

The judges couldn’t believe the impressive résumé Libby has built during such a short period of time. She showed real ambition in her application as well as fantastic publicity skills. The range of mediums Libby communicates through - social media, screen, print, radio - also was prasised by the judges. 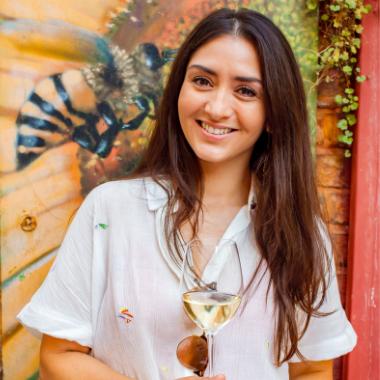 Sophia set up her company Skin + Pulp in 2018, as she says it was a “side hustle” to her social media marketing business, Lioneye Media. What started off as a wine blog, quickly became an opportunity for Sophia to branch out and after completing her WSET level 3 she began hosting wine tastings around London. When the pandemic hit, Sophia pivoted from her in-person events to move her tastings online. Her guests were thrilled by the Skin + Pulp branded bottle packs they received to accompany Sophia’s engaging tastings.

Sophia is especially passionate about elevating other women in the wine world and hosts a weekly Instagram live called #WednesdayWineWomen on @skinandpulp. As well as sharing the inspiring stories of incredible wine women, Sophia hopes her weekly Instagram lives will help to make the industry a friendlier place for women and to inspire newcomers to the space.

Our judges praised Sophia’s ability to bring through her personality in her writing. Sophia impressed the judged with her broad body of work, where she was able to demonstrate her wine knowledge. They also thought it was incredibly admirable, for someone still relatively new to the industry to already be opening a debate and advocating for women in wine.

The winner for the IWSC Emerging Talent in Wine Communication award will be announced on Wednesday 9 March.